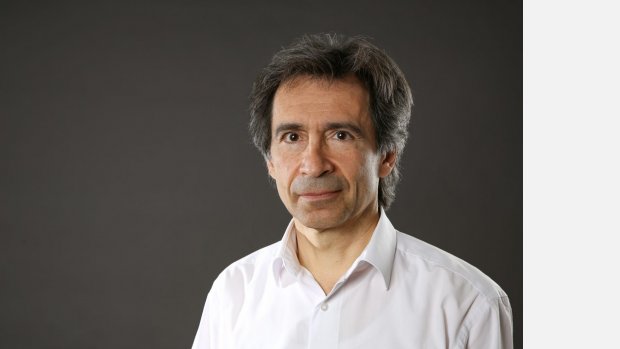 John Palmer started playing the piano at the age of 6 and composing at the age of 15. He graduated in Piano Studies from the Conservatory of Music in Lucerne, Switzerland, having undertaken courses in composition and experimental improvisation with Edison Denisov and Vinko Globokar. Back to London, he undertook postgraduate studies in Composition at Trinity College of Music and completed a PhD in Composition at City University. Further studies include composition with Jonathan Harvey and conducting with Alan Hazeldine at the Guildhall School of Music. He was also a friend of John Cage, whose sense of acoustic adventure is much alive in his music.

As a result of living in several countries, John Palmer has achieved an international cultural identity. He has equally been active in different musical genres; from 1976 to 1985 he composed and performed as a pianist and keyboard player and directed several groups ranging from experimental music and song-writing to free jazz and avantguarde pop. Since the mid-eighties he has focused on instrumental, orchestral, vocal and chamber music, and in the early nineties he extended his compositional interests with electroacoustic resources.

John Palmer's music is particularly characterised by both a sensitivity for subtle transformations of timbre as a cardinal element of the musical discourse, and a refined perception of space and silence. The latter proposing an inner dimension of psychological and spiritual connotations articulated beyond any stylistic cliches;. Since the early nineties Zen, and Buddhist philosophy in general, has become an increasing source of inspiration. His compositional techniques vary from work to work, from the application of vigorous and precise methodologies to the most spontaneous unfolding of musical ideas based on pure intuition.

From 1990 to 1995 Palmer taught at the Oxford University. From 1995 to 2000 he was a Senior Lecturer in Composition and Director of Research at the University of Hertfordshire, England, and since 2000 he is Professor at the Staatliche Hochschule Musik und Darstellende Kunst in Stuttgart, Germany.