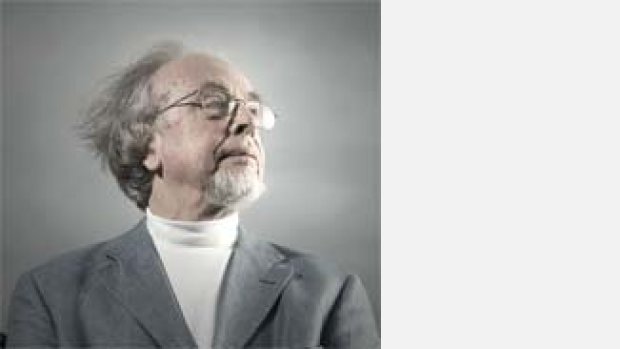 John Marlow Rhys, who died aged 76 on 24 November 2011, was a much respected composer and teacher. Educated at Oxford University followed by a D Phil in composition from York University, his composing career spanned over forty years during which his compositions were widely performed and broadcast.

He was the winner of numerous awards and prizes including the Special Chandos Award for Composition for Precipitevolissimevolmente performed by Jane Manning at the Musica Nova festival in Glasgow in 1977; the Ian Whyte Award from the Scottish National Orchestra in 1985 for his chamber piece Capriccio which led to the commissioning by the orchestra of his symphonic piece Aquileia; the Hungarian Composers’ Union Millennium Prize in 2000 for Kinetika written for two pianos and two percussionists; and Primavera and La Luna Piena, a song cycle for High Soprano and orchestra to poems by E E Cummings chosen as one of four pieces from 400 submissions for the 2006 International Tansman Competition and given its première by Joanna Wos and the Lodz Philharmonic in 2006. Capriccio first performed by the Nash Ensemble at the Wigmore Hall in 1978 subsequently received numerous performances and broadcasts and is perhaps his best known work.

Stylistically, his music embraced a wide range of influences throughout his career and his output included works for many different combinations always inspired by the musical personalities of the performers. He was as skilled at writing music for seasoned professional performers, ensembles and orchestras as for schools and amateur orchestras, but he never compromised his artistic standards. Some of his pieces, if ultimately very rewarding, were undeniably challenging for less confident or experienced performers. During his career, he was a Head of Music at various colleges and a visiting lecturer at Brunel University and he always said that his experience as a teacher, arranger and conductor was a crucial part of his personal development as a composer.

Like all composers, he would have wished greater recognition and more opportunities but a glance at his list of works and who performed them shows that his music travelled widely. To those of us who knew him personally, he was always eager to discuss and comment on music he had heard, whether he had liked a piece or not, and he combined deeply serious musical integrity with a keen intellect and an encyclopaedic knowledge of compositional development. He was a formidable raconteur and many friends have wonderful memories of times with John and his wife Marianne where the combination of musical discussion and excellent food and drink left one enriched by the quality of the debate and the warmth of their welcome.