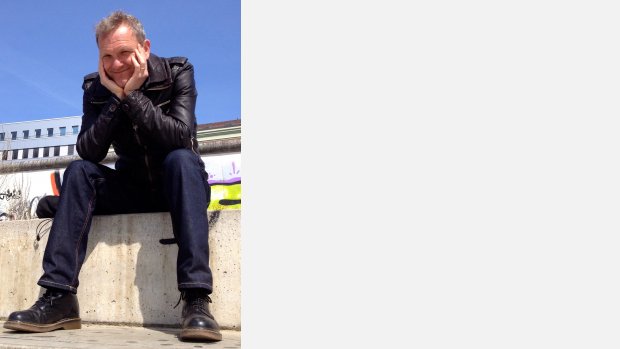 John’s output includes instrumental, vocal, and multimedia works. These are often conceived in close proximity to everyday events, situations and circumstances. His cycle of four site-specific operas, Beyond Belief was commissioned in the wake of the Cumbrian foot and mouth crisis. Sited respectively in a sports centre, church, cinema and marquee, the cycle featured a cast of over 100 professional and non-professional performers, including magicians, hairdressers, piano tuners and gardeners.

John is a past recipient of the Dio Award, the Ralph Vaughan Williams Trust Contemporary Music Prize and the Huddersfield Contemporary Music Festival Composer’s Prize. In 2003 he received the £10,000 UK Arts Council Encore Award, and in 2006 his work for orchestra and mixed chorus, Panagia, won the gold medal in the Volos International Composition Competition.

Recent work includes Eight Bells, an elegy for violin and soundtrack developed in collaboration with marine scientists at the Dove Marine Laboratory, and a piece for brass ensemble written in response to working with prisoners in HM Prison Frankland.

John’s ‘sound opera’, A Sign in Space, was commissioned by Durham Cathedral and received a Journal Culture Award in 2012. His ‘musical fiction’, Thimio’s House, was published by Perfect Edge Books in December 2013. John recently completed a site-specific sound installation (Book of Bells) for the Lindisfarne Gospels Exhibition and a multimedia opera, Steamsong, for the National Railway Museum. He is currently working on Blood Choir, a new commission that uses blood glucose readings to determine musical material.