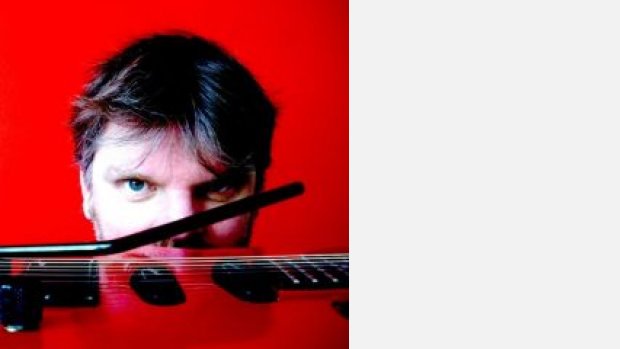 John Irvine initially trained as a classical guitarist, studying at Dartington College of Arts for two years after leaving school, and then at the RSAMD, Glasgow where he studied with Phillip Thorne, gaining a BA in Music Performance (1989) and winning the Guitar Challenge Prize (1988).

Following a Post-Grad Certificate in Performance (1990), he began a PhD in music composition, with Nigel Osborne at the University of Edinburgh, in 1992. This was completed in 1999. At this time, he was also working in Scottish theatre where he wrote music for over 40 productions, 20 of which were for the Traverse Theatre, Edinburgh.

Under ‘The John irvine Band’ moniker, he has released three albums of progressive jazz-rock: ‘Wait & See’ (2011), ‘Next Stop’ (2013) and ‘Metaphysical Attractions’ (2018) – all of which have been critically acclaimed in progressive music magazines and jazz-rock websites world-wide.

He has taught at St Mary’s Music School (Edinburgh) and The City of Edinburgh Music School (where he currently works) and lectured for two years (2008-10) at Edinburgh Napier University, where he was asked to redesign their ‘Music, Creativity & Communication’ course for the BA in Popular Music. He also works as a PSA in Edinburgh Schools.

John is also the author of three sci-fi novels comprising ‘The Smith Chronicles’ series of books. He is a published poet and short-story writer, having had works included in several journals and web-zines such as Poetry Scotland, The Open Mouse, Blinking Cursor, Essence, Ink, Sweat & Tears, A Handful of Stones, South and Streetcake Magazine, amongst others.