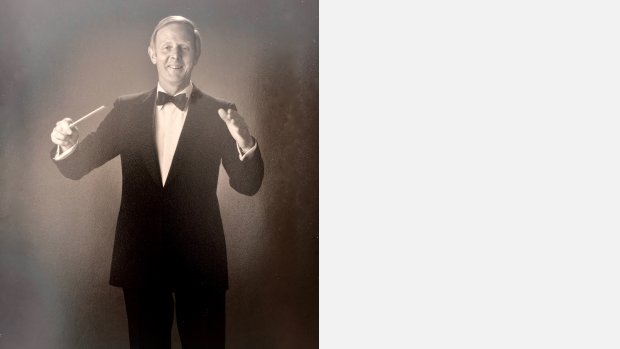 Born in England, John Addison was a student and professor at the Royal College of Music where he wrote most of his concert works, before starting his career as a film composer.

His musical education at the RCM was with professors Gordon Jacob (theory, counterpoint and orchestration), Leon Goossens (oboe) and Frederick Thurston (clarinet). After winning the Sullivan composition prize in 1948, he joined the staff in 1950 and spent seven years as a professor of composition, harmony and counterpoint. A number of commissions from prominent instrumentalists and from the BBC led to a steady stream of chamber and orchestral compositions, many of which were recorded and performed in the U.K. and abroad.

After meeting film director Roy Boulting during the war, Addison’s career expanded to the cinema with a first commission for Seven Days to Noon in 1950.  He went on to write more than 70 film scores winning an Oscar and Grammy Awards for Tony Richardson’s Tom Jones, Joseph Mankiewicz’s Sleuth with Sir Laurence Olivier and Michael Caine, and a BAFTA award for Sir Richard Attenborough’s A Bridge Too Far. He also wrote the score for Hitchcock’s Torn Curtain, Reach for the Sky, many Boulting Brother films and more than twenty stage productions such as John Osborne’s The Entertainer starring Laurence Olivier. His theme for TV series Murder She Wrote won him an Emmy. He spent his retirement in Vermont USA, where he continued to write compositions for the concert hall until his death in 1998.