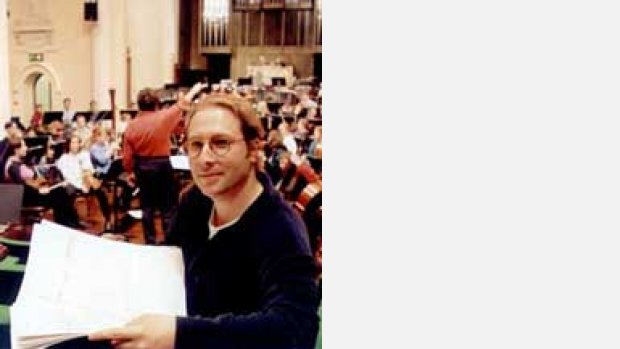 Joe Cutler was born in London in 1968 and studied music at the Universities of Huddersfield and Durham before spending three years at the Chopin Academy, Warsaw as the recipient of a Polish Government Scholarship. Since 2000 he has been teaching at Bimingham Conservatoire where he is currently Head of Composition.

Prizes and awards have included a Special Mention at the 1997 Gaudeamus International Music Week, 2nd Prize in the 2000 Toru Takemitsu Award and winner of the 2005 SCO/SwCO International Composers Competition.

He has also collaborated extensively with practitioners from the worlds of theatre, dance, film and visual art, including writing the incidental music for the National Theatre's production of Charlotte Jones' recent play Humble Boy which transferred to London's West End and New York's Off Broadway.

Forthcoming projects include new works for the Goldberg Ensemble and the Smith Quartet and a portrait CD of his work is due for release in Spring 2008 on NMC.

'I don't really know what I'm doing or why exactly, except that I enjoy the process of taking a seed of an idea and seeing where it leads. It sometimes feels rather like making a gigantic mess and then making some sense out of it. Ideas come from everywhere, from other music, found materials, literature, art, life. I suppose I attempt to write music that excites or affects me in some way.'

On Cinnamon Street... 'It's a tribute to Cutler's considerable talents that the piece was never in danger of being eclipsed, despite being in such illustrious company.'

'Joe Cutler's Without Fear of Vertigo has a visceral energy and a genuine sense of daring.'