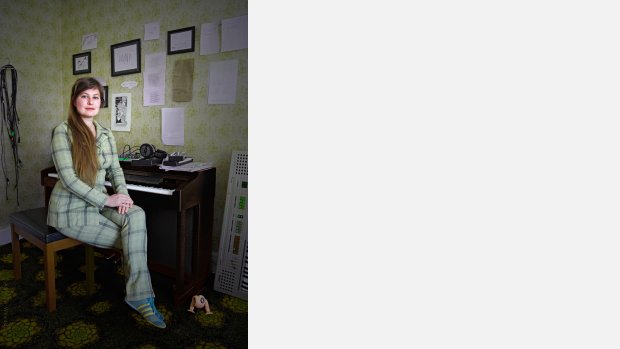 In an attempt to keep her music composing intuitive, Jobina Tinnemans mainly focused on being educated in composing with materials other than sound during her studies in the Netherlands and London, such as with fabric prints, colours and toys. In reverse, her 'stretchy music for Lycra clothing' was quite a surprise to her product design tutors at Design Uni Eindhoven who were expecting a garment hanger. She graduated with distinction in 1999. From 1993 onwards Jobina has been working in electronic music, initially with tape-based recordings of crumby synths and Hammond organs. From 2000 she started working with digitally generated sounds, writing indie pop music under the name BLATNOVA. In 2008 she left city life and moved to remote Pembrokeshire to focus on her practice. Outdoors sounds became influential. Since 2010 she is returning to her classical roots. Mixing all her experiences of analogue and digital electronics and classical instruments into an amalgam of possibilities to create a work. Currently non musicians often make part of her ensemble, who, by their activity, create a rhythm or sound secondary to their action, for the particular timing it generates. "Shakespeare and Hedgeshear" (2007), which was composed specifically for the performance space – a disused gasometer in Germany – has musique concrète parts for two table tennis teams and three people pruning hedges. Next performance will be in Poland during the ISCM World Music Days 2014. Her radiophonic work "Dr.Naut" (2008) was selected for the ISCM World New Music Days 2010 in Sydney. MATA festival commissioned her to write a composition for their 2013 edition. "Killing Time" was premiered last April in New York, for an ensemble of piano, cello, clarinet, guzheng, 5 knitting soloists on prepared knitting needles and a concrète knitting orchestra of 22 members. The knitting ensemble operates with a custom-build interface and functions as an organic sequencer, with scored cues throughout the concert. 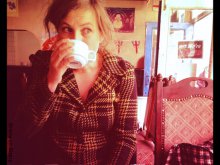 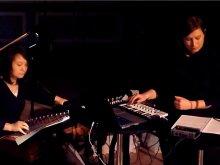