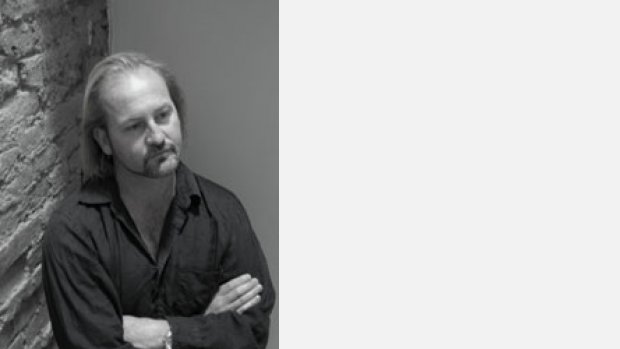 London based Jeroen Speak studied composition with Michael Finnissy and Jonathan Harvey at the University of Sussex where he completed a PHD in 2003.

The recipient of numerous national and international awards, Including the Irino prize (1998) and the Yoshiro Irino Memorial Prize (1992) Speak has been featured and commissioned by many International Festivals, including; Gaudeamus, the Huddersfield Festival (UK), ISCM World Music Days, Darmstadt, and several ACL Festivals. He has been broadcast and performed worldwide. He has worked with some of todays most exciting musicians, most recently; Elision (Australia), Lontano (UK), Forum Music (Taiwan), Stroma (NZ), Richard Haynes (Germany), Ensemble Antipodes (Switzerland) and Nicolas Hodges (Germany/UK), Arne de force (Belgium).

With the support of funding from the British Council, and other organisations, he has conducted research and worked extensively in Taiwan and China where he has lectured, organised workshops and performances of contemporary music, and been Composer in Residence for Visiting Arts (UK/China) and Artist Links (UK/Taiwan), culminating in several high-profile commissions/performances and the release of several recordings of his music, including the CD release of his Percussion Concerto in 2014 by Forum Music. His current compositional interests include new approaches to timbre, tuning and notation derived from his research in China and Taiwan.

As a freelance composer, Jeroen is currently NZSM, Jack C Richards Composer in Residence at the New Zealand School of Music, and Composers in Residence with Orchestra Wellington.

'My music could be described as talismanic, where the creative ideas are embedded in the compositional process at a fundimental level. These things serve as a sort of 'point de répère' throughout the work which are treated in a deferential yet fetishistic way. Characterised by polemical internal musical debate, self-contradictory behaviour, the simultaneous presentation of 'truth' with 'deceit', a continuous unification of opposites. . . . behind everything I do compositionally is an interest in the gesture and physicality of the music itself. Not in the romantic or conventional sense, but in the sense that music will always stimulate a physical response in the listener, and that this 'physicality' can be manipulated and explored.'

'Speak's ingenious piece (Epiesodos) gave... an intriguing acoustic insight into the nature of consciousness and thought and its representation'