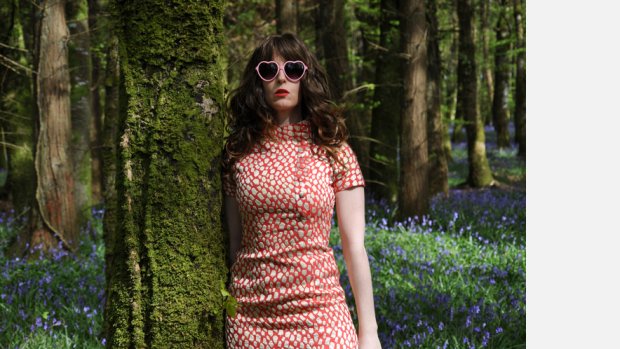 Jennifer Walshe was born in Dublin, Ireland in 1974. She studied composition with John Maxwell Geddes at the Royal Scottish Academy of Music and Drama, Kevin Volans in Dublin and graduated from Northwestern University, Chicago, with a doctoral degree in composition in June 2002. Her chief teachers at Northwestern were Amnon Wolman and Michael Pisaro. In 2000 Jennifer won the Kranichsteiner Musikpreis at the Internationale Ferienkurse für Neue Musik in Darmstadt. In 2003-2004 Jennifer was a fellow of Akademie Schloss Solitude, Stuttgart; during 2004-2005 she lived in Berlin as a guest of the DAAD Berliner Künstlerprogramm. From 2006 to 2008 she was the composer-in-residence in South Dublin County for In Context 3. In 2007 she was awarded a grant from the Foundation for Contemporary Arts, New York. In 2008 she was awarded the Praetorius Music Prize for Composition by the Niedersächsisches Ministerium für Wissenschaft und Kultur. In 2009 she lived in Venice, Italy as a guest of the Fondazione Claudio Buziol. She is currently Reader in Music at Brunel University, London.

Since 2007 Walshe has developed Grúpat, a project in which Walshe has assumed twelve different alter egos -  all members of art collective Grúpat - and created compositions, installations, graphic scores, films, photography, sculptures and fashion under these alter egos. Pieces by Grúpat members have been performed and exhibited all over the world, most notably at the Dublin Electronic Arts Festival; Kilkenny Arts Festival; the Museum of Arts and Design, New York; the Contemporary Arts Museum, Houston; New Langton Arts, San Francisco; Tmu-na, Tel Aviv; Festival Rümlingen, Switzerland; Galway Arts Centre and Chelsea Art Museum, New York. In 2009 Grúpat were the feature of a majorretrospective at the Project Arts Centre, Dublin, which coincided with the launch the book Grúpat by Project Press and the release of two CDs. This was followed in 2010 with a Grúpat solo exhibition titledNO IRISH NEED APPLY at Chelsea Art Museum New York. In 2011 Grúpat were featured at the Cut & Splice Festival at the ICA London, where performances and exhibitions of their work took place. In 2013 Grúpat were featured at the Huddersfield Contemporary Music Festival, where work by Grúpat members filled the Huddersfield Art Gallery and a large-scale installation by Caoimhín Breathnach filled Bates Mill.

Walshe’s most recent project, Historical Documents of the Irish Avant-Garde, involved the creation of a fictional history of the musical avant-garde in Ireland. This history spans 187 years, and is housed at aisteach.org, the website of the Aisteach Foundation, a fictional organisation which purports to be”The Avant-Garde Archive of Ireland.” For the project, Walshe engaged a huge team of collaborators and created compositions, recordings, scores, articles and ephemera. A book of the project is available from aisteach.org; a digital release of music associated with the project is available on iTunes and Spotify. The project has received tremendous coverage in press and social media including features on Arena/ RTE1, Culture File/Lyric FM, The Irish Times, The Wire Magazine and The Quietus.

Walshe’s work is available on many labels including Mere Records, Interval Recordings, Farpoint Recordings and Migro. 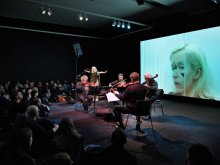