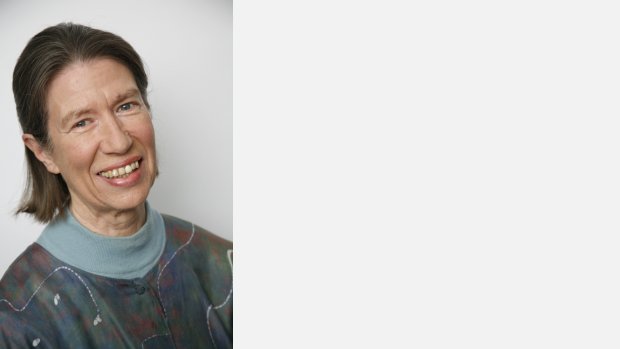 JENNIFER FOWLER  was born in Bunbury, Western Australia, in 1939.  During her student years at the University of Western Australia she won several composition prizes and was awarded the University's Convocation Award for outstanding results.  While still a student, she had pieces performed in the Festival of Perth and broadcast by the ABC. In 1968 she spent a year working at the Electronic Music Studios of the University of Utrecht, on a Dutch Government scholarship.  Since 1969, she has been living in London where she works as a free-lance composer.

1971 joint winner of the Radcliffe Award of Great Britain

1975 1st prize in the International Competition for Women Composers in Mannheim, Germany

Her output includes orchestral works, chamber pieces, works for voice and instrumental ensemble, solo music and vocal ensembles of various kinds.  She has written for top professional players and also for amateurs and children.

She has had pieces commissioned by such organisations as the BBC; the ABC; the Festival of Perth; the Music Board of the Australia Council; the Radcliffe Award of Great Britain; the Seymour Group, Sydney; the Song Company, Sydney; Donne in Musica, Italy; Women in Music (UK); and the University of Western Australia.

Articles about Fowler can be found in the New Grove Dictionary of Music and Musicians (Macmillan, 1980), and also in the latest edition of 2001; the Pandora Guide to Women Composers (Pandora, 1994); The New Grove Dictionary of Women Composers (Macmillan, 1994).  Articles by Fowler about her music can be found in: The Contemporary Music Review, Vol 11 (Harwood Academic Publishers, 1995); and Journal of the International Alliance of Women in Music, Vol 12, No 1 (Oceanna Music Publications, 2006).

Plainsong for Strings has been chosen by European jury to be performed at a concert at a meeting of the European Composer and Songwiter Alliance in Vienna in October 2017. A commission from the University of Western Australia, for a piece for three cellos, Three Cellos, has been recorded and premiered. A new piece Magnificat 3 was premiered by Kaleidoscope Ensemble in Ipswich, UK . A commission from the Whitehall Orchestra, London for a concerto for alto saxophone, premiered in London with Amy Dickson as soloist. Other recent performances include: Uncoiling for oboe and piano, London, February 2012 and September 2012; Echoes from an Antique Land, (version for percussion ensemble), Brisbane May 2013; The Apple Tree, London, July 2015, and December 2015; Line Spun with Stars, London, January 2016; Hymn to Saint Brigid, Melbourne, March 2016; Threaded Stars 2, Melbourne July 2016; Letter from Haworth, Queensland, August 2016; Threaded Stars 2, Western Australia and Hong Kong