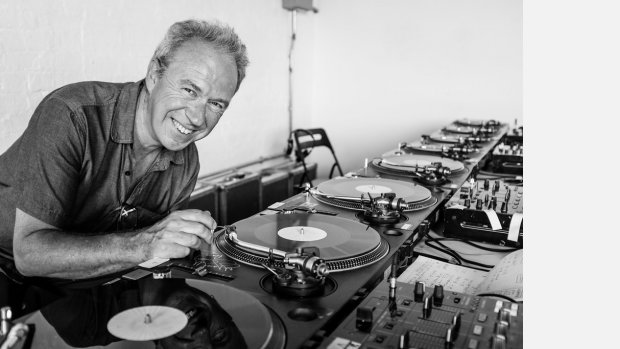 Jem Finer is an artist, composer and musician with a background in mathematics and computer science, dating back to the ICL 1900 mainframe computers of the early 1970s. An enduring fascination with deep time and space, self-organising systems and long-durational processes has been the impetus behind much of his work including his Artangel commission, Longplayer, a thousand-year-long musical composition playing since the last moments of 1999, Cosmolog, a two-year-long artists residency in the astrophysics department of Oxford University and the 2005 PRSF New Music Award winner, Score For a Hole In the Ground, a permanent, self-sustaining musical installation in a forest in Kent, which relies only on gravity and the elements to be audible.

During his residency in Oxford he invented the term "post-digital" to describe a change in his modus operandi; a return to a direct relationship with materials and landscape - as opposed to one mediated via a screen - informed by over 30 years of working with computers. The intention was not to disavow digital technology, rather to question its sustainability, to reconsider and reconfigure older technologies and to reconnect with a sense of place. His work there included two sculptural radio-observatories, Landscope, in, and on the shore of, Lough Neagh, N.Ireland and The Centre of the Universe, in University Parks, Oxford, within which he lived a semi-hermetic existence for a month, a vital human presence caretaking, collecting and collating the everyday signals from outer space.

Recent work focuses on these interests and includes Kung Fu Pinball, a pinball machine modified to auto-compose music, Slowplayer, a 3 r.p.m. sound system and Spiegelei, a 360-degree spherical camera obscura. Supercomputer, a new work in Cambridge, finds Finer's "post-digital" thinking having come full circle in the form of a sculptural machine of a computational process, indebted as much to Jean Tinguely's Métamatics as to John Conway's Game of Life.