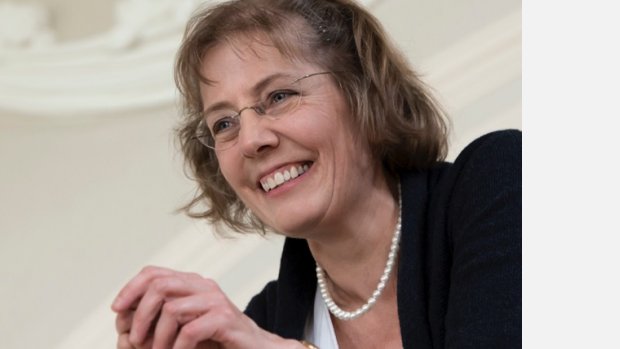 Janet Wheeler began composing at an early age, continuing as a junior exhibitioner at the Guildhall School of Music and while reading music at Cambridge, where she studied composition with Robin Holloway and Hugh Wood. She has conducted choirs and composed largely choral music throughout a career in secondary teaching, as a music producer at BBC Schools Radio and as a freelance conductor and composer in the Saffron Walden and Cambridge.

Janet’s compositions range from small-scale a capella pieces to larger choral and orchestral works.   She is frequently commissioned by conductors who are attracted to her dynamic, uplifting and highly singable style.  Choirs ranging in size from large choral societies such as Saffron Walden Choral Society (SWCS) and Southampton Philharmonic to church choirs and chamber choirs want her to write new music for them.

Among pieces written for SWCS are Sea Tongue (2004) Train in the Rain (2005) and On the Breath of the Sky (2007). As part of a project for the 2012 Cultural Olympiad she composed MAZE, a piece for combined choirs with Britten Sinfonia, to a libretto by regular collaborator Nick Warburton.  The Ceaseless Round of Circling Planets was premiered (2016) at Thaxted Festival.  This attracted great praise, not least for the innovative use of the Waterphone percussion part to suggest the ethereal noises of the stars.

Sleep, O Cluster of Friends, was commissioned for Granta Chorale with solo harp played by Royal Harpist to the Prince of Wales, Anne Denholm.

Her works are being performed by an increasing number of other choirs based in London and elsewhere.   The anthem God is Everywhere (another John Clare text) was premièred in the London Festival of Contemporary Church Music and Gaudeamus Igitur was sung in the JAM New Music showcase/the Brandenburg Festival).  The National Youth Choir Chamber Choir (Ben Parry), The Joyful Company of Singers (Peter Broadbent), Chandos Chamber Choir (James Davey), University of London Chamber Choir (Colin Durrant) and Illumination Chamber Choir (Alexander Campkin) have also performed her music.

Janet publishes her own compositions under the MazeMusic imprint.  Hal Leonard de Haske publish some of her lighter pieces and Novello published her winning introit in the Friends of Cathedral Music Jubilee composition competition and distributed sets to member organisations.

During Janet’s twenty-four years as Musical Director of SWCS she has directed the choir in an enormous range of choral and orchestral repertoire including such greats as Elgar’s The Dream of Gerontius at the Thaxted Festival, and at Saffron Hall the Verdi Requiem, Bach’s St Matthew Passion and Vaughan Williams’ Sea Symphony.

Janet founded the chamber choir Granta Chorale in 2007 and since 2010 she has also conducted SignuptoSing, the Saffron Walden Youth Choir. Committed to working with young singers, she also conducts the Chamber Choir at Saffron Walden County High School as well as young choirs and orchestras in several other local schools. 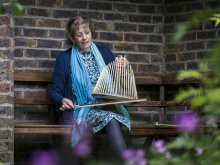