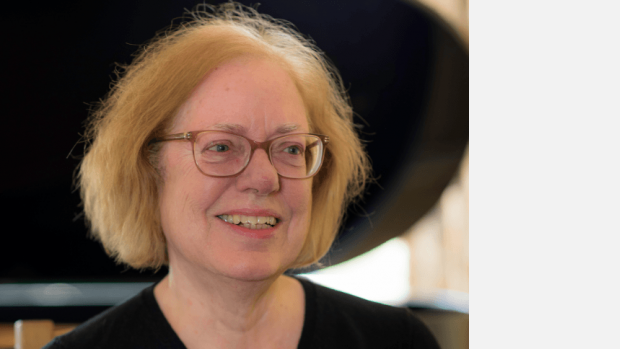 Born in Hartford, Connecticut, Jane O’Leary has been resident in Ireland since 1972. A founding member of Aosdána, Ireland’s state-sponsored academy of creative artists, she is a graduate of Vassar College and holds a PhD in composition from Princeton University, where she studied with Milton Babbitt among others. She was awarded an Honorary Doctor of Music Degree by the National University of Ireland in 2007.

As artistic director and pianist of Concorde ensemble, Jane O’Leary has been nurturing the development of new music in Ireland and promoting its performance worldwide since 1976. She was a founding member of Music for Galway and is currently a Director of The Galway Music Residency.

O’Leary’s music has been selected on several occasions for performance at the ISCM World New Music Days and has been performed at prestigious international festivals and venues, including the Kennedy Center, Washington DC; the Lincoln Center and Carnegie Hall, NY; the Chicago Cultural Center; Centre Culturel Irlandais, Paris; Spitalfields Festival, London; West Cork Chamber Music Festival. The RTÉ National Symphony Orchestra featured her music on their debut tour of the USA in 2003.