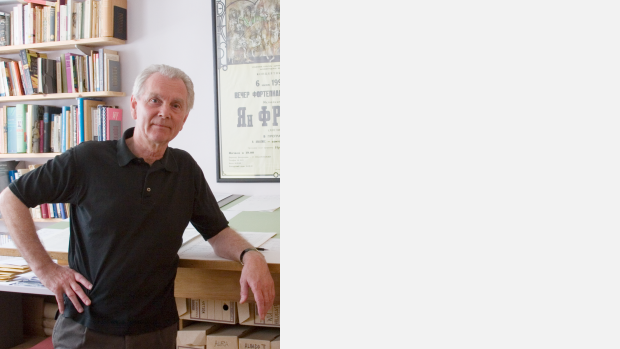 Born in 1938 in Benningbroek, the Netherlands, Jan Vriend started to play the piano under his father’s guidance at the age of five, soon followed by the clarinet, the violin and the organ. Throughout his childhood he was extensively involved in local amateur music making, working in particular with the choirs and bands his father conducted. Following grammar school he received further musical training at the Amsterdam Conservatoire where he studied piano, music theory and composition (with Ton de Leeuw). He also attended a percussion course at the Utrecht Conservatoire and a foundation course in electronic music at the Institute of Sonology in Utrecht.

In 1967 he concluded his composition studies with the Prize for Composition, followed by a government grant for studies in Paris where he attended classes by Xenakis at the Schola Cantorum, and workshops by the Groupe de Recherches Musicales at the ORTF (French Radio and TV Broadcasting Offices).

From 1970 he studied mathematics and related sciences, primarily in view of their application in musical composition.

In 1968/69 he taught music-theory and conducted ensembles for contemporary music at the Utrecht Conservatoire.

From 1961 until 1970 Jan conducted choirs, ensembles and orchestras in music ranging from the early 15th century to the 20th century avant-garde.

In 1965 he founded ASKO together with Peter de Buck. Initially a student-orchestra of the two universities of Amsterdam (ASKO stands for Amsterdam’s Studenten Kamer Orkest) the ensemble soon specialized in the study and performance of contemporary music, with an emphasis on the music of Xenakis, Webern and Varèse. It has since developed into the ASKO Ensemble and merged with the Schoenberg Ensemble in 2008 into ASKO|Schoenberg. Until 1971 he was its conductor and artistic director. He played a major role in the ‘Werkplaats’ (workshop), which, among other interests and activities, developed an introduction to new music for children around Octandre by Varèse.

He lectured extensively on various topics relating to composition in the 1960s and 70s. In 1971 he presented a radio-series on ‘different ways of listening to music’ together with Jos Kunst, with whom he also engaged in improvising experimental background music to poetry readings and radio plays on Dutch radio.