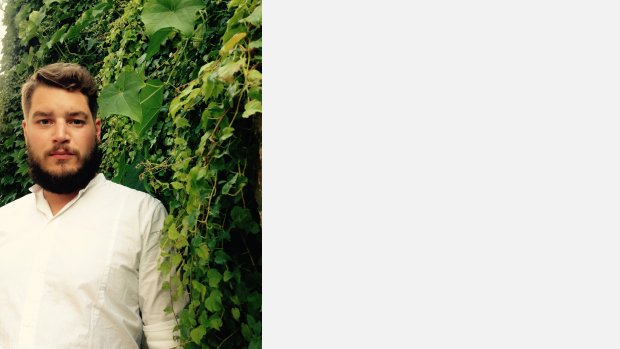 James Williamson studied composition at the University of Huddersfield with Patrick Standford. James studied privately for a year with Bryn Harrison before heading to the Royal Academy of Music to study a Masters (with a contribution grant from the Lawrence Atwell's Charity) with Philip Cashian. Whilst at RAM, James also had the opportunity to received lessons from Sir Peter Maxwell Davies, Simon Bainbridge, Bent Sørenson and Hans Abrahamsen, amongst others.

He was commended for his Aurora Orchestra commission Chamber Concerto for the RAM Eric Coate’s Composition Prize. James also won the inaugural Lunar Saxophone Quartet New Music Award in December 2007 with his piece In Memoriam. This piece was recorded for the LSQ’s album ‘Flux’ released February 2011 by Signum Classics. This was subsequently broadcast on BBC Radio 3’s Late Junction. Franko Bozac and the Österreichischen Symphoniker recently performed James’ accordion concerto The Hole of Horcum in their 2014 “International Series” season, in Linz. The concerto was subsequently broadcast on Radio 3 Belgrade, Serbia.

Recent works include String Quartet No.1, Erratic which was workshopped by Quatuor Diotima and new piece Fault-Klang for Bass Clarinet, written for Dov Goldberg as part of Psappha Ensemble's 'writing of clarinet scheme'. This scheme culminated in a day of filming on Good Friday 2016 and the finished film is available to view on Psappha's YouTube Channel.

James is currently working towards a PhD in Composition with Martin Suckling at the University of York, with thanks to receiving the Terry Holmes Composition Scholarship from 2013 to the present.

James lives in York with his wife Jodie and their cat Wendy.

“…The highlights though, are less dynamic: James Williamson’s In Memoriam is achingly contemplative…

"...In Memoriam starts out with somewhat sad and sorrowful long notes with overtones the item develops harmonically extremely well and displays the awesome stamina of LSQ's embouchures!"