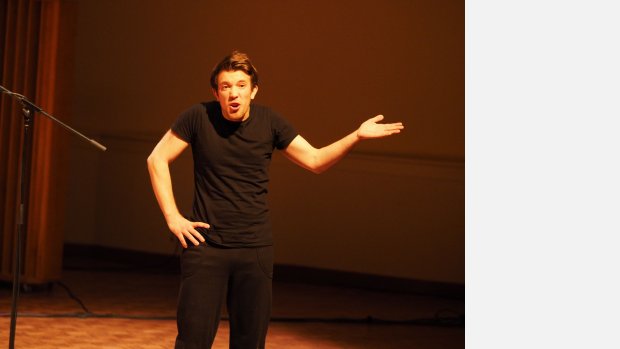 As a multi-instrumentalist (cello / clarinet / voice / body in space), James makes and performs pieces by drawing on performance art, dance and theatre practices. His devising processes use group improvisation and discussion to build a work together. The score, if there is one, can include texts, diagrams, maps, and music.

James completed his PhD, 'Music is Theatre', in 2017 at The University of York, supervised by Roger Marsh and funded by a Sir Jack Lyons Research Scholarship. During this time, James also held residencies at Cheltenham Festival Composer Academy (2013), Live Art Bistro (Leeds, 2014), Banff Centre for Arts and Creativity (Canada, 2015) and Castaway Music Theatre (Goole, 2016). Prior to this he received AHRC Professional Development funding for a Masters in Music by Research, 'Composing and devising music theatre.'

He has collaborated with soloists Victoria Bernath, Alex Wilson and Ian Pace, ensembles Black Hair and Dr K. Sextet, plus dance-theatre artists such as Gracefool Collective and Katharina Arnold.

A self-taught conductor, James has conducted world premieres by Naomi Pinnock and Ji Sun Yang at HCMF// 2014, plus UK premieres by Hans Werner Henze, Beat Furrer and Kaija Saariaho with The Chimera Ensemble. He has directed the Late Music Ensemble since 2014. 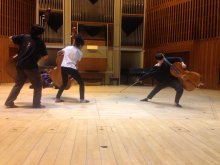 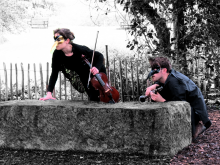