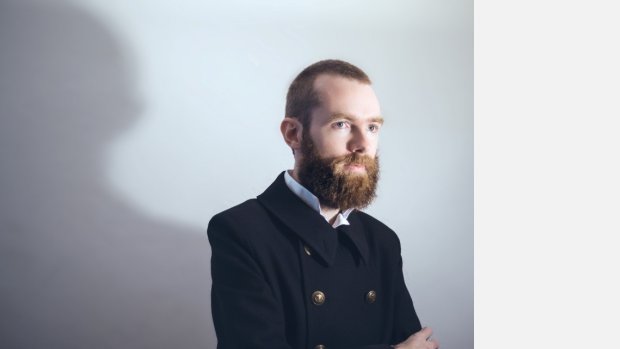 He read music at King’s College, Cambridge, where he gained a double starred first, and studied composition with Wolfgang Rihm in Germany and with Julian Anderson, Colin Matthews, Robin Holloway, Michael Finnissy and Adam Gorb in the UK.

He has received commissions from, amongst others, the BBC, the Britten-Pears Foundation, the Britten Sinfonia, Deutsches Symphonie-Orchester Berlin, Klangspuren Schwaz, the London Sinfonietta, the London Symphony Orchestra, Tête à Tête opera and Wigmore Hall.

Three commerical recordings of his music have been released, including a recording of Chameleon Concerto, performed by Clio Gould, Rolf Hind and the London Sinfonietta and conducted by David Porcelijn, which was released as part of the London Sinfonietta’s Jerwood Series on NMC. James’s music has been broadcast by BBC Radio 3 in the UK and by DeutschlandRadio Berlin and Kulturradio in Germany.