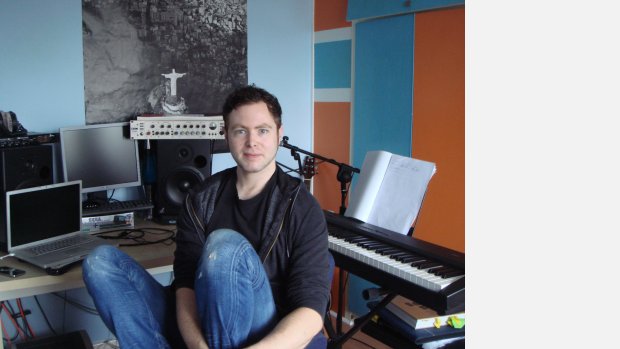 Jack White studied music at Somerville College, Oxford.  His postgraduate studies have been undertaken solely at Cardiff University where he has recently finished his PhD in composition.  His research interests are in electroacoustic composition and the combination of this media with traditional ensembles in ‘live’ performance.  He is also interested in the scoring methods used by electroacoustic composers and the relationship between such methods and a work’s identity.

His first electroacoustic composition (‘Mae’n dda siarad’) won the electroacoustic category in the National Eisteddfod in 2005.  He has been awarded a prize in a different category every year since this first success.   Since embarking on his PhD his research has taken him to Italy where he formed a percussion/electroacoustic duo called ‘Percatronics’.  Through this collaboration he has had his work performed at the Asolo Art Film Festval (2008) in an open-air concert and Barcelona University.  On the strength of a selection of pieces he wrote during this time, he was presented with a Welsh Livery Guild music award.  In 2010 he was a shortlisted composer for the BBC National Orchestra of Wales Welsh Composer Showcase, and enjoyed hearing his piece ‘Y Deildy’ performed under the baton of Jac van Steen. Jack is currently working with Sound And Music as an ‘Embedded’ artist having completed a development scheme with BBC Symphony Orchestra. As one of only three selected composers, he worked throughout 2011-12 on a piece called ‘Digital Dust’. This piece uses the orchestra to replicate digital effects used in audio processing such as reverbs, delays and time-stretching programs. The first broadcast of this piece was on BBC Radio 3 in May 2012.

Since the completion of his first bilingual chamber opera ‘A Dream Of Men’, Jack continued his relationship with text and music on the ‘Song Of The Building’/'Cân yr Adeilad’ project. This large-scale community project commemorated the centenary of the Park and Dare Theatre in March 2013. Current commissions include Cheltenham Music Festival / GDance dance project ‘Stuck In The Mud’ (with renowned international choreographer Marc Brew) and The South Iceland Chamber Choir. In November 2013 Jack’s multi-part choral work ‘Islands (Ynysoedd)’ was performed in Southwark Cathedral following a development period working with Hilmar Örn Agnarsson and Kjartan Sveinsson (ex-Sigur Rós musician) for the occasion of the late Sir John Tavener’s 70th birthday.  A review of this piece by Hugo Shirley in The Telegraph described it as ‘terrifically imaginative and effective’. 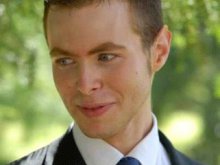