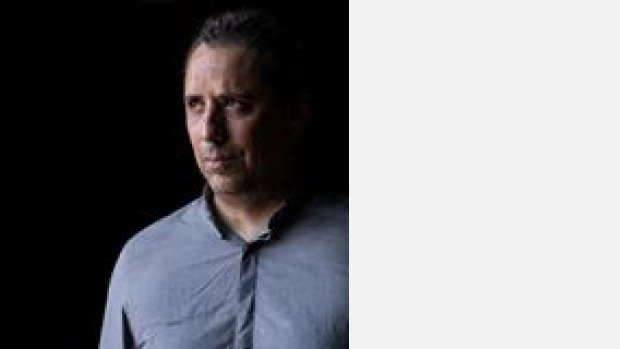 Ion Marmarinos (b.1975) is a classical composer based in Paris, France.

He started his musical education at the age of 5 in Athens, Greece where he studied piano and Hindemith theory at the Athenaeum conservatoire. He later continued with his Master's at New York University where he studied composition with Justin Dello Joio. He is currently completing his PhD in comoposition at King's College, London with Rob Keeley and at the same time obtaining a certificat perfectionnement composition from L' École Normale De Musique De Paris working with Michel Merlet.

His music is performed in the UK, France, Italy, Greece and America. Among others, his collaborations include projects and commisions from The Lumina String Quartet, The Winds Of The Americas, Meraki Chamber Players,  EXAUDI, L' Ensemble Alternance, L' Ensemble Court - Circuit and Vertix Sonora.

He has taught composition and theory in several conservatoires, music schools and in higher education in America, Greece and the UK.