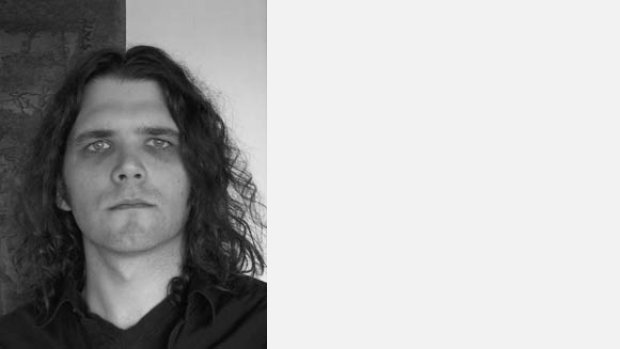 Ian Vine was born in England but spent his formative years in Libya and Hong Kong. He studied at the Royal Northern College of Music with Anthony Gilbert, graduating in 1997, and has also studied privately with Simon Holt. Between 1999 and 2004 Ian was Tutor in Electro-Acoustic Music at the Royal Northern College of Music, and also taught for a time at MANTIS, the electro-acoustic studios at Manchester University. His music is performed across Europe, and has been broadcast worldwide and televised on BBC 2 and Radio Televisión Española. Commissioners include: The London Sinfonietta (three black moons, Hayward Gallery, April 1999); Huddersfield Contemporary Music Festival (oro y sombre, HCMF, 2002); Matthew Herbert (writing on water, CD on Accidental); ensemble recherche / Huddersfield Contemporary Music Festival (shadow grounds, HCMF, November 1999); 4-MALITY (siri2, Newbury International Spring Festival, May 2000); Kantak (ten white leaves, September 2000); rout (blood on red, HCMF, November 2000). From 2002 he has worked with members of the London Sinfonietta as part of the Blue Touch Paper project, an initiative that aims to give composers time to experiment and innovate with the resources of the London Sinfonietta by establishing long term working relationships between composers and performers. Current projects include a work for an art gallery in Berlin for live instruments and multi-channel electronics; an ensemble piece for the London Sinfonietta; and a piece for the Hallé Orchestra to be performed in the Bridgewater Hall, Manchester in October 2006. For more information please visit www.ianvine.com

'Ian Vine's espinas, inspired by the mobiles of Alexander Calder, suspended Roger Benedict's impassioned viola solo between static extremes of high and low registers, as if the viola were a heavy object caught in weightless limbo.'

'The most striking piece was based on a different artist: three black moons by Ian Vine takes its title from an Alexander Calder mobile, its magical floating sonorities had a Feldmanesque beauty.'