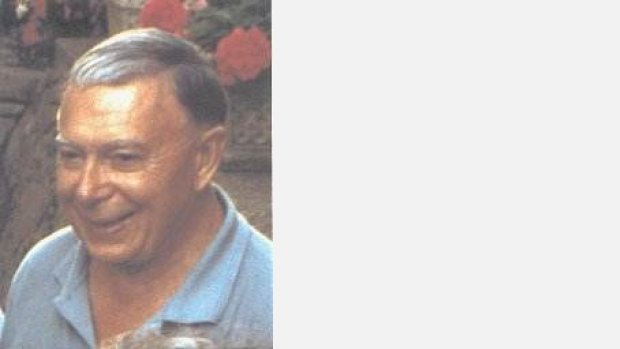 Born in London in 1931 he retired to Dorset in 1985 after a distinguished career, first as a concert pianist and then in music education and composition. He leaves behind a large body of work, especially for his own instrument, the piano.

The sources of inspiration for his works were often the natural world and landscapes in particular. The scenic beauty of Wales, and later, Italy and Dorset were the basis of the creation of many of his compositions. Poetry was also a creative spur. A fine interpreter as a pianist, especially of Debussy and C.P.E. Bach, he made great use of the sonority of the piano in his own works for that instrument.

Sadly, his educational works have all now disappeared from print. They include several large cantatas - Spring Cantata, Song of Summer, The Sea, A Song of Praise, On Such a Night, Hymn to the Sun - many commissioned; as well as the wonderful Junior Music series of graded works, by himself and other composers, to be performed by Primary age children. Each is a term's work culminating in a performance, combining to provide a structured two year music programme. The words of many of these works were written by his companion and collaborator - Steuart Allin, who also provided, through his poetry, many of the texts to individual songs and song-cycles. Steuart Allin also wrote the stories and libretti for the 'Time for Music' programme under the auspices of the School's Council, published by E.J. Arnold. This work was the basis of his Ph.D. dissertation and resulted in a music programme for young children from Nursery School through to Primary School. Its aim was to teach children instrumental and vocal skills, together with notation and increase their listening ability. It is, again, long out of print.

He received many commissions, not only for works for schools, but also by other bodies including the B.B.C. Works for them include Gilgamesh, Once Paumonok and The Lark. His cantata Petrus was commissioned for the Millennium of St. Peter's Collegiate Church in Wolverhampton with a libretto written by Steuart Allin. Other large scale choral commissions include The Hymn of Light, Song of the Suburb and Mass of the Earth. This latter, beautiful choral piece is extremely relevant for our times and deserves a proper professional production. Perhaps his local orchestra, the Bournemouth Symphony Orchestra would consider putting it on in his memory. David Hill would make a wonderful interpreter of the work.

His works are lodged at the British Music Information Centre, The Royal Academy and the University of Reading. It is to be hoped that members of the younger generation of performers, many of whom will have performed his educational compositions while at school, will take up his works, and open up his unique voice to a wider audience.