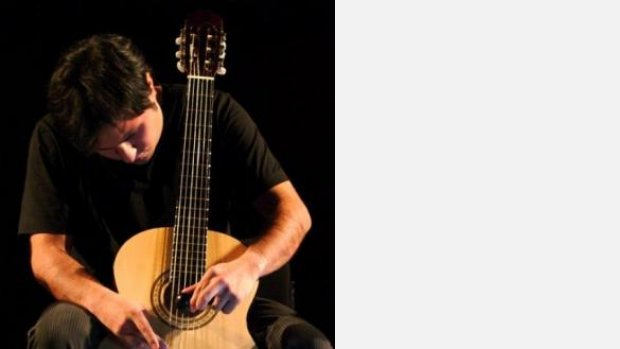 Hugo Morales Murguia is a composer, performer and sound artist based in The Netherlands since 2002.

His current work focuses on the use of traditional instruments, daily life objects and technology as generators of complex sound structures and essential elements for music composition. Attempting to bypass conventional paradigms created by the evolution of musical tradition that conversely affect creation, conception and ultimately communication.

As a performer of electronic music he is currently designing and developing his own sound control interfaces, exploring relationships between improvised and pre-composed material, instrumental technique, notation as a tool for interpretation and approaching traditional instruments as conventional objects that result in hybrid combinations. His works encompass a variety of musical media such as virtuosic solo instrumental pieces, ensemble pieces, live electronics and fixed media music.His chamber music works have been performed by ensembles such as: The Arditti Quartet, New Music Ensemble, El Cuarteto Latinoamericano, Modelo 62, Broooomm! Ensemble, Klang Ensemble and L’Ensemble Intercontemporain, among others.

He is currently pursuing a PhD degree at Brunel University with the support of the Prins Bernhard Cultuurfonds from The Netherlands and The Mexican Council for the Culture and Arts (FONCA), and living as an active composer/performer in The Netherlands and the UK.

Enclosure - for cajo¦ün and live electronics