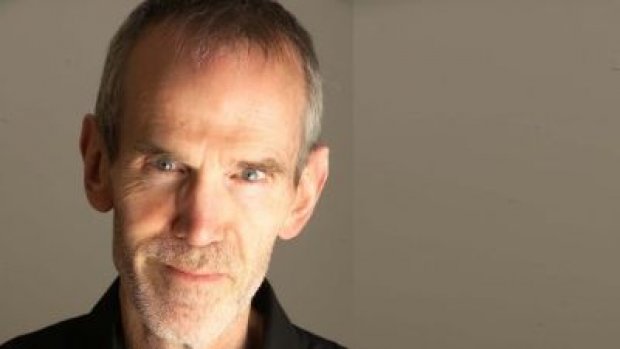 Howard Skempton was born in Chester in 1947, and has worked as a composer, accordionist, and music publisher. He studied in London with Cornelius Cardew from 1967, which helped Skempton to discover a musical language of great simplicity. Since then he has continued to write undeflected by compositional trends, producing a corpus of more than 300 works - many pieces being miniatures for solo piano or accordion. Skempton calls these pieces "the central nervous system" of his work.

Skempton's catalogue of works is also as diverse as it is long, ranging from pieces for solo cello (Six Figures, 1998), and guitar (Five Preludes, 1999), to the Chamber Concerto for fifteen players, the Concerto for Hurdy-Gurdy and Percussion, and Lento, premièred by the BBC Symphony Orchestra at the Barbican in 1991, and performed by the BBC Scottish Symphony Orchestra, conducted by Ilan Volkov at the 2010 BBC Proms.

In May 2005 Skempton’s Tendrils for string quartet was awarded the prize for ‘best chamber-scale composition’ by the Royal Philharmonic Society, and in December 2005 it won in the chamber music category at the annual British Composer Awards. Skempton won a second British Composer Award in 2008 for The Moon is Flashing, a song cycle for tenor and orchestra commissioned by the BBC which was premièred by BBC NOW and James Gilchrist at the Vale of Glamorgan Festival in September 2007 and broadcast on BBC Radio 3.

Many of Skempton's compositions have been recorded, including the hugely successful Lento for orchestra on the NMC label by the BBC Symphony Orchestra, the piano works performed by John Tilbury on the Sony Classical label, and Shiftwork by Ensemble Bash, also on Sony Classical. 2001 saw the release by Guild of The Flight of Song, an acclaimed choral collection performed by the choir of Queens' College Cambridge under James Weeks. Vocal group Exaudi released a disc of Skempton's choral music in September 2007, also on the NMC label. The recording, entitled Ben Somewhen, also featured chamber works performed by the Birmingham Contemporary Music Group. The Cloths of Heaven, a recording of Skempton’s choral music by the Exon Singers, was released on Delphian Records in June 2008, and in 2011 Mode Records released Bolt from the Blue, a disc featuring Skempton's piano and choral works. More recent recordings include Only the Sound Remains and The Rime of the Ancient Mariner, on NMC in 2017. The summer of 2018 will see the release of a new album of chamber works titled  The Man, Hurdy-Gurdy, and Me performed by Sirinu for Metier.

Works have been commissioned and performed by leading artists including various BBC ensembles, Kathryn Tickell, Roderick Williams, New Noise, Birmingham Contemporary Music Group, and the Royal Liverpool Philharmonic Orchestra's 'Ensemble 10/10'. A work for the Birmingham Contemporary Music Group, Only the Sound Remains, for viola and ensemble, was premièred in 2010 in a Skempton portrait concert. Other commissions include a choral work, Song's Eternity for the 2010 Aldeburgh Festival, and Skempton was invited to take part in the New Music 20*12 Cultural Olympiad project - for which he composed a piece for eight church bells for the Central Council of Church Bell Ringers. It was performed to mark the opening of Spitalfields Festival at Christ Church, London, in June 2012.

More recent work includes a setting of Coleridge’s The Rime of the Ancient Mariner  (premiered by the BCMG in December 2015) and a setting of DH Lawrence’s Man and Bat (premiered by Ensemble360 in Sheffield  2017), both written for baritone Roderick Williams. Skempton has also recently written a Piano Concerto, commissioned by the BBC Scottish Symphony Orchestra and premiered by John Tilbury at the 2016 Tectonics Festival in Glasgow; and a new string quartet Moving On, written for the Brodsky Quartet and premiered at the Harrogate Music Festival in 2016. His recent choral works include a new setting of Ave Maria for the choir of Nottingham Cathedral and a set of Preces & Responses premiered at New Music Wells by Wells Cathedral Choir in October 2017.