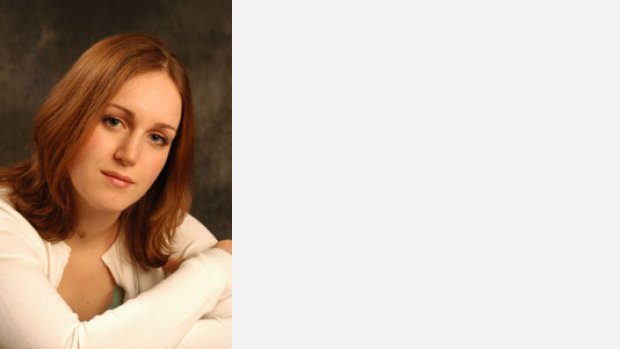 Helen Grime was born in 1981. Helen studied oboe with John Anderson and composition with Julian Anderson and Edwin Roxburgh at the Royal College of Music. She graduated from the BMus course with First Class Honours and completed her Masters with Distinction in 2004. From 2005-07, Helen was a Legal & General Junior Fellow at the RCM.
In 2001 she wrote Doorstepping Susanna, a short opera, for ENO Studio and Tête à Tête Opera. In 2003 Helen's Oboe Concerto was premiered by the Meadows Chamber Orchestra, conducted by Peter Evans, with Helen as soloist. In 2004, Helen performed the concerto with the RCM Sinfonietta conducted by Neil Thomson.
Helen won the Making Music category of the 2003 British Composer Awards with Oboe Concerto, and was awarded the intercollegiate Theodore Holland Composition Prize in 2003 as well as all the major composition prizes in the RCM. Following the award, BBC Radio 3 commissioned Chasing Butterflies for 100 violas led by the BBCSSO viola section and conducted by Martyn Brabbins.
Helen's music has been performed by the LSO, Philharmonia, BBCSSO, Britten Sinfonia, Composers' Ensemble, Hebrides Ensemble and the Contemporary Consort. Her music has been broadcast on BBC Radio 3 and 4. Romance, for violin and piano, has been released on Usk Records performed by Alexandra Wood and Huw Watkins.
Helen attended the Britten-Pears Contemporary Performance and Composition course in 2005, and in 2006, the Aldeburgh Opera Writing workshops. She was recently awarded a 2008 Leonard Bernstein Fellowship to study at the Tanglewood Music Center where she studied with John Harbison, Michael Gandolfi, Shulamit Ran and Augusta Read Thomas.
Her orchestral piece Virga, commissioned by the LSO in partnership with UBS received its first performance in July 07 conducted by Yan Pascal Tortelier, and Into the faded air for members of the Britten Sinfonia received its premiere tour in January 2008. Future projects include a violin and piano piece and piece for piano duet for ABRSM Spectrum, a work for the Kungsbacka Trio and a work for string quartet and solo violin for the violinist Cerys Jones.

'…there could be no question of the distinctiveness of this promising young composer's ear.'
Bayan Northcott, The Independent

'…Helen Grime's expertly written and intensely lyrical Oboe concerto dazzlingly played by the composer herself ….the concerto is an impressive piece of work from a composer with something to say.'
Michael Tumelty, Glasgow Herald

'…Helen Grime demands a large orchestra. Her use of it is sparing, authoritative and bold. She has an acute ear-adroitly finding matches for the sounds she seeks in the sounds particular instruments are capable of making. Helen Grime is one to watch…'
Kenneth Carter, Classical Source