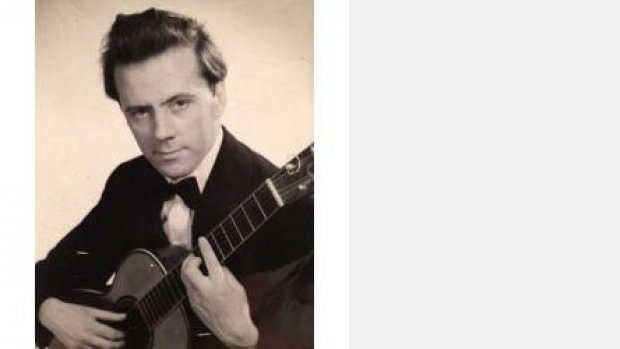 Classical guitarist Hector Quine was an acclaimed musician and highly influential teacher, he was a passionate advocate for classical guitar both on the concert platform and in conservatoires.

Hector William Quine, known as Bill, spent four years in the Army, serving in Egypt, Palestine and Norway. In 1948, having been demobilised, he bought a guitar from a friend and soon mastered the instrument. Bill studied with Alexis Chesnakov and Julian Bream, for whom he made the guitar on which Bream performed his Wigmore Hall debut in 1951.

As a teacher Bill was committed to the idea that the guitar should stand alongside instruments such as the piano and violin in terms of interpretative possibilities, and that it should be accepted as a concert instrument in the world of classical music. Bill founded the classical guitar department at Trinity College of Music in 1958 and went on to teach at the Royal Academy of Music and the Guildhall School of Music & Drama as well as having students travel down from the Royal Northern College of Music for lessons with him. He worked with composer Stephen Dogson to produce two volumes of studies for the guitar and in 1990 published his highly regarded treatise Guitar Technique.

[Biography from the Guildhall School of Music & Drama]