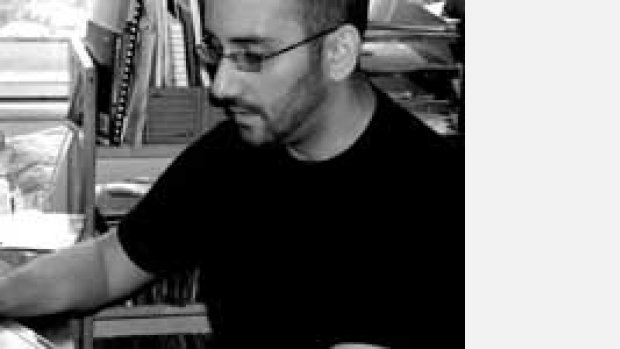 Haris Kittos is a Greek composer and visual artist who lives in London. In 1998, after concluding his studies in music and fine art in his home town, Thessaloniki, he moved to the UK in order to study composition at Trinity College of Music at postgraduate level with Andrew Lovett and Daryl Runswick. Further study with Diana Burrell and full scholarship at the Guildhall School of Music and Drama led to MMus with distinction in 2001. In 2008, fully funded by the AHRC and under the supervision of Julian Anderson, Dr Darla Crispin and Edwin Roxburgh, he concluded the DMus in composition at the Royal College of Music, where he has been teaching since 2004. Haris has also studied with Theodore Antoniou, Susan Bradshaw, Beat Furrer and Alexander Goehr. Also, as a participant of the Blue Touch Paper scheme of the London Sinfonietta, he was mentored by Georges Aperghis. His music has been performed throughout the UK and abroad by Arditti Quartet, dissonArt, Ensemble Exposé, Ensemble In Extremis, ExplorEnsemble, Fukio Ensemble, Milos Karadaglic, London Sinfonietta, Jane Manning Mise-en Ensemble, Sarah Nicolls, UMS ‘n JIP and others.