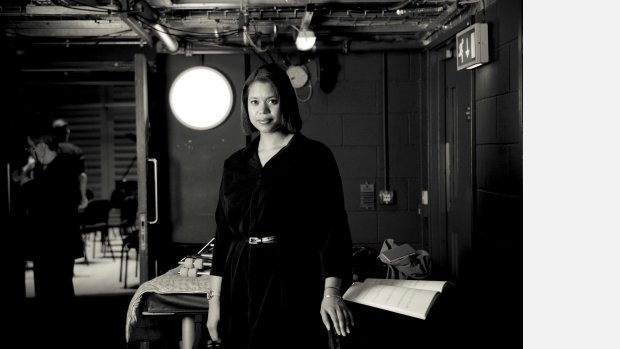 Described as ‘…intricately and skillfully wrought’ by The Sunday Times, Hannah’s music has attracted the attentions of some of the UK’s finest groups including London Philharmonic Orchestra, Bournemouth Symphony Orchestra, BBC Singers, and Philharmonia Orchestra, with performances at the Royal Festival Hall, Queen Elizabeth Hall, Purcell Room, The Royal Opera House's Linbury Studio Theatre, The Place, Westminster, Canterbury, Gloucester and St Paul’s Cathedrals, Westminster Abbey and Cheltenham Music Festival. Hannah's works have also been broadcast on BBC Radio, including 'Composer of the Week' in March 2015, and 'Hear and Now' in October 2016. In 2015, Hannah won the Women of the Future Award for Arts and Culture.

'The Spark Catchers', an orchestral piece for Chineke!, which was premiered at the Royal Albert Hall in August 2017 as part of the BBC Proms, described as 'imaginatively intricate' by the Financial Times, and ‘Verdala’ for London Sinfonietta, conducted by George Benjamin at the 2018 Proms, described as having a 'strikingly original form' by the Daily Telegraph; and 'Disillusioned Dreamer' for Berkeley Symphony Orchestra, California, which the San Fransisco Chronicle described as '...teem(ing) with passages of brilliant instrumental colors...and harmonies boast(ing) surprising edges and a rich inner life...' Upcoming works include a new piece for JACK Quartet, and Ealing Youth Orchestra.

Born in London in 1984, Hannah went on to graduate from the University of Exeter with First Class Honours in Music, having studied composition with Joe Duddell. Hannah also completed a Masters in Advanced Composition with Distinction from the Royal College of Music studying with Kenneth Hesketh and funded by the Arts and Humanities Research Council, the Royal College of Music Study Award and the RVW Trust. Hannah is currently on the DMA (Doctor of Musical Arts) programme at Columbia University in the City of New York, as Dean's Fellow.