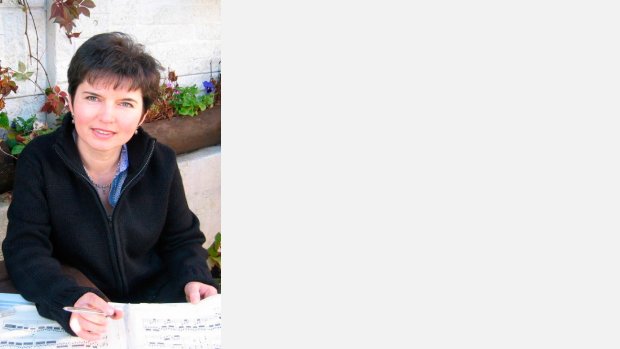 Halyna Ovcharenko was born in Ukraine, where from the age of eight she began her journey and career as a national and international award winning composer. Amongst the highlights of her early career, she was awarded the Laureate of the Ukrainian National Choral Works Competition; won two international composers' competitions; and was awarded a scholarship to study for a PhD in Music Composition at the University of Bristol. After graduating with honours from the Kiev National Academy of Music, she participated in a course for young composers tutored by K. Penderecki in Poland. Halyna continued her study of composition at the University of Bristol, where she was awarded a Doctorate in 2002.

After her move to the UK, Halyna continued to compose music pieces which appealed to an increasingly growing audience. There is an entry dedicated to Halyna and her work in the Grove Dictionary of Music and Musicians, Second Edition (volume 18, page 817), a defining professional encyclopaedia for musicians. Her two ballets The Last Battle pursuant to text by C.S. Lewis and Kupala's Night pursuant to text by Gogol were successfully performed at the Peacock Theatre in London West End and at the Ljubliana National Opera and Ballet Theatre and were admirably acclaimed by professional critics in the national and international press.

Halyna continues to write new compositions, explore new inspirations and receive prizes for her work. In the recent years she has been awarded a scholarship from the University of Amsterdam to attend a Summer Course in Ethnomusicology Hidden Messages: Culture and Communication, was awarded a grant from the International Society of Contemporary Music to be a Composer in Residence at the Visby International Centre for Composers in Sweden.

Halyna believes in nurturing and encouraging young talent in composition and piano , she has donated a trophy to the Bristol and Weston-super-Mare Music Festivals to reward young composers for their achievements. In her free time, Halyna dedicates herself to teaching piano and composition; her students have described her as "dedicated", "passionate" and "innovative in her methods" . Amongst Halyna's recent publications are a series of piano duets books published by Oxford University Press and Spartan Press, featuring original compositions by Halyna as well as some famous national Russian music arranged for all levels of performers to play in duet to enable learning to be combined with professionalism and fun.