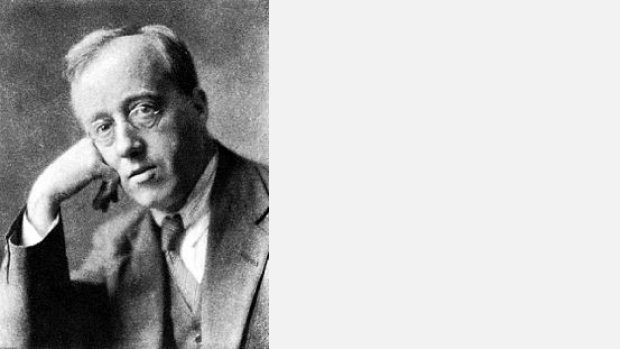 Gustav Holst (1874-1934) was an English composer and teacher born in Cheltenham, Gloucestershire. He learnt the piano from an early age and started learning the trombone when he was 12. He also started composing at around this age, writing pieces inspired mostly by Arthur Sullivan, but also influenced by Mendelssohn, Chopin and Grieg. His father discouraged Gustav from composing as he wanted him to become a pianist, however, this hope was quenched by neuritis in Gustav's right arm. In addition to this disadvantage, Holst suffered from asthma and poor eye-sight which was never treated correctly with glasses as a child.

When he was 17, Holst became organist and choirmaster at Wyck Rissington, Gloucestershire, which gave him his first experiences in conducting. Two years later, he began studying the Royal College of Music, but didn't get the composition scholarship as he'd wished. He was, however, granted the scholarship in his third year of studies. While at RCM, Holst played the trombone professionally earn an income. He also became a dedicated Wagner fan, regularly attending the Covent Garden Opera House to see a work by the composer. This influenced Holt's music during this period.

In 1895, Holst met, Ralph Vaughan Williams, who would become a lifelong friend and an important infuencer on his music. In 1898, Holst left RCM and secured a larger income playing the trombone with various orchestras, which he continued for a further 5 years. In 1905, he took up a teaching post at James Allen's Girls School in Dulwich. He also taught at Passmore Edwards Settlement and was director of music at both St Paul's Girl's School and Morley College.

Host is best known for his orchestral suite The Planets, which was first performed after WW1. This piece demonstrates a combination of the romantic style of Vaughan Williams and the experimental bitonal harmony inspired by Schoenberg and possibly Stravinsky as well. Holst wrote a lot of choral music in a sililar style to The Planets, but later went on to write in a neoclassical style.