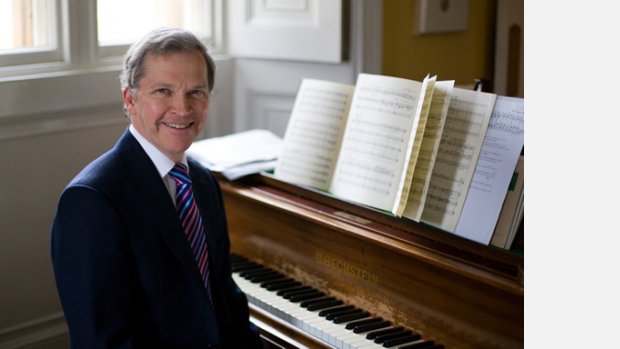 Bill has spent his life in choral music – as a singer, conductor, teacher and composer (writing as Grayston Ives).

He was a chorister at Ely Cathedral and then studied music at Cambridge, taking composition lessons with Richard Rodney Bennett.

After Cambridge he sang in Guildford Cathedral Choir before joining The King’s Singers, with whom he recorded and performed worldwide.

Listen Sweet Dove, on the Harmonia Mundi label, features a selection of Bill’s compositions, performed by Magdalen College Choir under his own direction.

In 2008 he was awarded a Lambeth DMus and a Fellowship of the Royal School of Church Music.