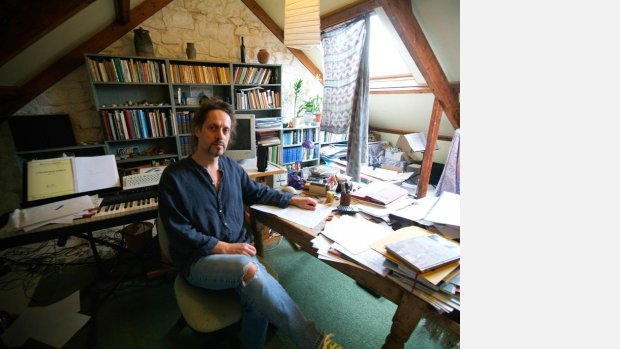 Graham Lynch was born in London. He has a PhD in composition from King’s College London, and he also spent a year at the Royal College of Music, as well as studying privately with Oliver Knussen.

Graham’s music has been commissioned and performed in over thirty countries, as well as being frequently recorded to CD and featured on radio and television. Performers of his music include the BBC Symphony Orchestra, BBC National Orchestra of Wales, BBC Singers, Orchestra of Opera North, BBC Concert Orchestra, and El Ultimo Tango from the City of Birmingham Symphony Orchestra. He has also worked as an arranger for the Belcea Quartet. His works have been played in venues as diverse as the South Bank, Wigmore Hall, Merkin Hall New York, Paris Conservatoire, Palace of Monaco, Venice Biennale, and from the Freiberg Jazz Club to a cake shop in Japan, and everything in between.

In 2009 his orchestral work, Invisible Cities, was used as the modern test piece in the Leeds Conductors Competition, and the same year saw the release of the first CD devoted entirely to his music, Undiscovered Islands, which received high critical acclaim. Since that time many of his works have been recorded across a wide variety of CDs.

Graham’s interest in many musical styles has resulted in pieces that reach from complex classical works through to compositions that tread the line between classical music and other genres such as tango nuevo, flamenco, jazz, and café music. These latter works are in the repertoire of ensembles such as Las Sombras, Ardey Saxophone Quartet, Terra Voce, Dieter Kraus, Tango Volcano, La Tin Shed Orquesta, and Faux Pas. He has also written educational music as part of the Sound Sketches piano series.

Graham has been the recipient of funding and awards from many organisations, including the Arts Council, Britten-Pears Foundation, PRS, RVW Trust, and the Lyn Foundation.