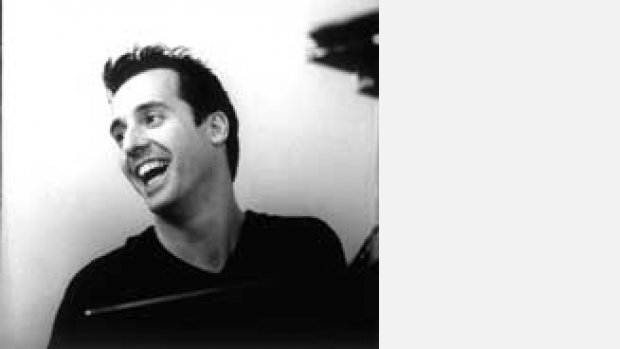 Graham Fitkin was born in Cornwall in 1963, studied at Nottingham University with Peter Nelson and Nigel Osborne and then in The Netherlands with Louis Andriessen at Koninklijk Conservatorium in The Hague.Composing for solo or multiple pianos has been central to his work. He works regularly with pianist Kathryn Stott, founded the four-pianist group 'Nanquidno' and worked closely with six piano ensemble Piano Circus.A 'Composer for Dance Award' in 1990 led to a new work for David Massingham Dance.  Ever since then Graham has worked frequently with choreographers around the world with recent performances being given by Shobana Jeyasingh Dance Company, Wayne MacGregor's Random Dance, Pacific Northwest Ballet, New York City Ballet, San Francisco Ballet, Bi-Ma, Sidonie Rochon, Munich Ballet and National Ballet of Portugal.  Fitkin won the International Grand Prix Music for Dance Video Award in 1994.Graham has collaborated with many new music ensembles including the Nederlands Blazersensemble, Apollo Saxophone Quartet, Smith Quartet, Ensemble Bash, Combustion Chamber and the London Chamber Orchestra.Graham was resident composer with the Royal Liverpool Philharmonic between 1994-96 and since then several new works have been commissioned and composed for orchestra, performances include those by the Halle, BBC Philharmonic, Tokyo Symphony, RSNO, BBC National Orchestra of Wales, Bournemouth Symphony, Ulster, Nederlands Radio Orchestra etc.   He has conducted orchestras in venues from Lincoln Center to South Bank to Aula Magna.Over the past 10 years Graham has directed educational and community projects including 3 UK PRS Composer in Education residencies, 7 regional community projects, university seminars, masterclasses and directed workshops in UK, Japan, Italy and Soweto.Recent works include Graham's Double Concerto for two Pianos and Orchestra - CIRCUIT, commissioned by the BBC and featuring soloists Kathyrn Stott and Noriko Ogawa, and  KAPLAN, a sixty minute piece for keyboards based on the central character from Hitchcock's North By Northwest.  Using video and live webcams and  concerned with mistaken identity, it toured the UK , Japan and Holland in 2005.Other recent collaborations include LENS a piano trio commissioned by the Concertgebouw in Amsterdam, a new BBC commission for the Duke Quartet - PAWN,  a solo for the new organ at Birmingham Symphony Hall and new interactive work GEOGRAPHY -  a multi location work for computers and video.New commissions for 2007 include Mistaken Identity for Momentum, a new work for the Dutch Loeki Stardust Quartet, a multi-media collaboration with The Wilson Sisters and Wayne MacGregor, and pieces for RLPS and Goldberg. CD launch tours for 2007 include the two piano concerto Circuit on BIS in Japan and Still Warm with Ruth Wall in UK and EU.