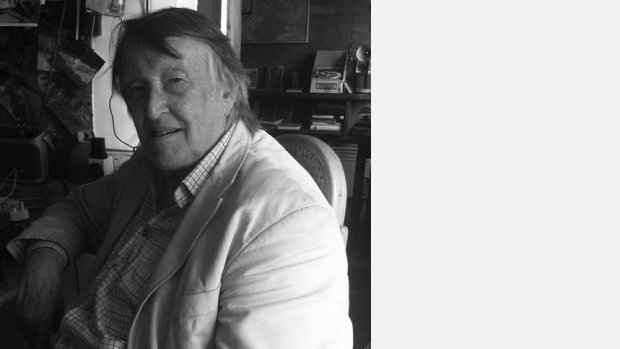 Born December 1st, 1937 in Bury Lancashire, UK. Studied at Oxford University 1958-1963 and on an Italian Government Scholars...hip with Goffredo Petrassi in Rome in 1962. Worked in Adult education (WEA) then in post at Birmingham University, University of Essex, Fellow of Kings College Cambridge, and finally teaching at UCSB (Santa Barbara California) and at RAM in London. From 1990 till retirement in 2004 worked as a Computer Programmer. Finally returned to composing in 2007 and now writing pretty well non-stop. All the music up to and including 1990 is published by the Oxford University Press (www.oup.com) and since 2008 everything is self-published or published by Cadenza Music.

There are 4 Operas the first "Purgatory" was commissioned by BBC Television in 1966 and the Cheltenham Festival. It is available on the Lyrita Label. "The Story of Vasco" was commissioned by ENO and performed at the Coliseum in 1974 and in the same year two collaborations with Alan Garner were performed: "Potter Thompson" and "Holly from the Bongs" a nativity opera written in Cheshire dialect and performed in Manchester Cathedral. Music for the theatre has always been important from undergraduate days and he worked a lot with the director Michael Elliot in the years during which the Royal Exchange Theatre was planned in Manchester. He wrote scores for "Peer Gynt", "Philoctetes" and "Moby Dick". As a climax to this work he wrote the score for Granada Television's "King Lear" with Sir Lawrence Olivier (a dvd is available).

Apart from small scale anthems and part songs there is a large choral & Orchestral work "Changes" written for the Three Choirs Festival and performed many times during the 60's and 70's. It is available on the Lyrita label. The last big work before the pause in the 90's was written for Glasgow as European City of Culture in 1990 - "Sea Psalms". This has recently been drastically revised. Since restarting he has written more concerted vocal works - "Hey the Gift" for Aldeburgh and "Sabbath Rest" for Blackburn Cathedral. Also "Spring Awakening" for 5 mens voices and speaker, commissioned by Opus Anglicanum - a telling of Bottom's part in "A Midsummer Night's Dream".

Two violin Concertos - No 1 (1962) was recorded by EMI. No 2 (1969) was based on Nabokov's novel "Pale Fire" both were played by Manoug Parikian. A Cello Concerto (1978) was premiered by Rohan de Saram, and later recorded (NMC) by Alexander Baillie with the BBC Symphony. There are three Concertante works for solo Woodwind and ensemble. "Ariadne" for Oboe (1972) is available on Lyrita. "Thel" for flute (1975) and "Wildboy"( 1977) for Clarinet, Cimbalom and seven players first performed by Michael Collins and the Nash Ensemble and later arranged for full orchestra and choreographed by Kenneth Macmillan for the American Ballet Theater - with Baryshnikov.

He is happiest with small Chamber Orchestras - there are three Elegies (1959, 1978 and 2009) for an orchestra containing only single wind and small strings with minimal percussion and harp. The inspiration being the orchestra used by Webern. A special case is "Memories of Morning:Night" (1972) for Mezzo soprano and orchestra based on the novel "Wide Sargasso Sea" by Jean Rhys. Here the orchestra is split into two with Strings and French Horn being the main body and a secondary body inspired by Mexican Mariachi bands containing flutes, trumpets harps, percussion and solo strings. The piece is recorded on NMC with Susan Bickley and the BBC Symphony conducted by Martyn Brabbins. The premiere was with Meriel Dickinson conducted by Colin Davis.

"Some Marches on a Ground" grew out of the ideas in The Story of Vasco - it is recorded (available on the NMC label). The Second Symphony is written for a large orchestra with lots of percussion and it was succeeded by two more pieces for large orchestra: "Epiphany Variations" written for the LSO to play in tour in the USA during the bicentennial year (1976) and first conducted by Andre Previn.
The composer was not happy with this version and (rather drastically) cut it down to a chamber piece for Oboe and Cello.
"Playground" was built from the many simple child-like tunes found in the opera "Potter Thompson" and written for the Halle Orchestra conducted by James Loughran. This piece was also choreographed by Kenneth Macmillan for the Royal Ballet in a slightly shorter version for smaller orchestra.
A final Ballet was commissioned by the Royal Ballet for David Bintley - "Young Apollo" it takes the Britten score of that name for Piano and Strings and extends it with original music for full orchestra

Two string Quartets - No 1 (1980) for the Gabrieli Quartet. No 2 (2010) written for a Quaker occasion and first played by an amateur Quartet.
Two Trios - one for clarinet cello and piano (1979) called "Rhymes and Reasons" written for the Rohan de Saram trio. The other is a standard Piano Trio written for the Hartley Trio in 1986 and revised in 2010.
The Oboe Quintet (1988) was written just before the "silence" and an Oboe Trio (2009) was one of the first things written in the return to composition.