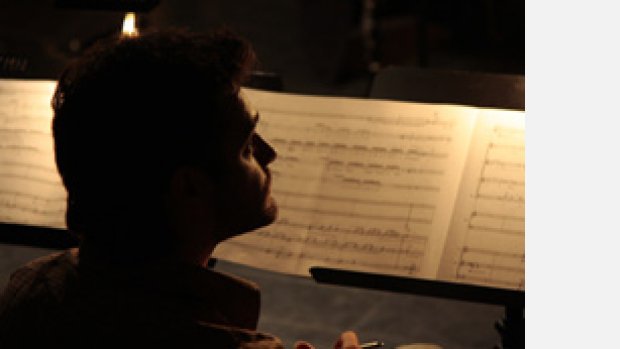 Among the main constructive elements of Christofi’s music is the physical transformation of sound. On one, explicit level, this metamorphosis is mainly based on the direct timbral alteration of the sound achieved by the use of extended instrumental techniques; on another, implicit level, the manipulation of sound’s spectrum - through spectral analysis and computer aided composition tools - results in a harmony vs timbre equilibrium which also influences the formal structure of a work.

George had the opportunity to externally study with distinguished composers, such as Ferneyhough, Sciarrino, Hosokawa, Neuwith, Boesmans, Harvey among others, at various international artistic programmes where he was selected as a fellow in venues including: the Centre Acanthes (selected for three consecutive years in France and Belgium), Voix-Nouvelles Residency (Fondation Royaumont, Paris), Ircam Academy (Glasgow), Premio Niccolò Castiglioni (Centro Culturale San Fedele, Milano, Italy), the VICC Residency (Visby, Sweden) and others.

He is a Music Theory and Composition Lecturer at the European University Cyprus and a founding member of the EGTA association (Cyprus branch). His music has been published by the Italian Publishing House ARS Publica.