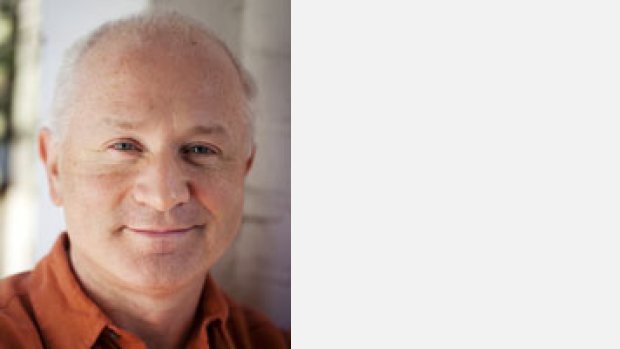 Born in 1960, George Benjamin began composing at the age of seven. In 1976 he entered the Paris Conservatoire to study with Messiaen, after which he studied under Alexander Goehr at King's College Cambridge.

His first orchestral work, Ringed by the Flat Horizon, was performed at the BBC Proms when he was just 20. Antara was commissioned by IRCAM for the 10th anniversary of the Pompidou Centre in 1987. Benjamin conducted the first performances of Sudden Time at the Meltdown Festival in 1993, and Three Inventions for Chamber Orchestra at the Salzburg Festival in 1995. The LSO and Pierre Boulez gave the world premiere of Palimpsests in 2002 to mark the opening of the LSO's season-long retrospective "By George", a project which also included the premiere of Shadowlines by Pierre-Laurent Aimard. There have been numerous other retrospectives of his work in Paris, Brussels, Tokyo, Berlin, Strasbourg, Madrid, Lucerne, Frankfurt, Milan and Turin.

Benjamin’s first operatic work, Into the Little Hill, a collaboration with playwright Martin Crimp, was commissioned by the 2006 Festival d'Automne in Paris and won the Royal Philharmonic Society’s 2008 Award for Large-Scale Composition. The duo’s second operatic collaboration, Written on Skin, was commissioned and premiered by the Festival d’Aix en Provence (July 2012), and has subsequently been presented in over ten cities worldwide, with many future productions planned. The opera has been recorded on CD and DVD, broadcast on radio and television, and won prizes internationally (including Opern Welt, International Opera, and a Grand Prix from the Académie Charles Cros). Benjamin and Crimp are now working on their third project, a full-scale opera for the Royal Opera House, London, to be premiered in 2018.

Benjamin regularly conducts the world's leading ensembles and orchestras, including the London Sinfonietta, Ensemble Modern, Ensemble Intercontemporain, Mahler Chamber Orchestra, the Philharmonia, Cleveland and Concertgebouw orchestras and the Berlin Philharmonic.  He has given numerous world premieres, including important works by Rihm, Chin, Grisey and Ligeti. He has frequently performed and taught at Tanglewood since his first appearance there in 1999.

Benjamin is a Commandeur dans l’ordre des Arts et des Lettres, a member of the Bavarian Academy of Fine Arts and a CBE. An honorary fellow of King’s College Cambridge, the Guildhall School, the Royal College and the Royal Academy of Music, he was chosen as Musical America’s Composer of the Year in 2014. He lives in London, and since 2001 has been the Henry Purcell Professor of Composition at King‘s College, London.

His works are recorded on Nimbus Records and are published by Faber Music in London.

Please contact promotion@fabermusic.com to ensure this biography is up-to-date