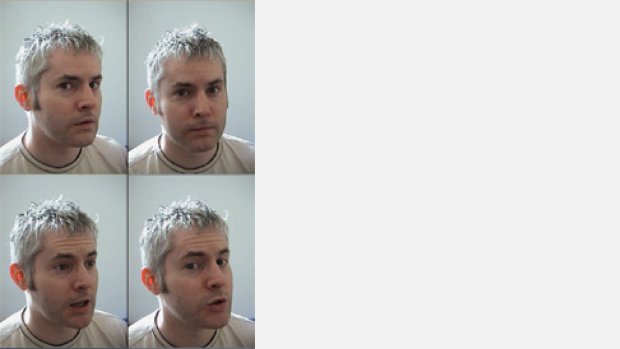 Geoff Hannan was born of Irish parents in London. In 1987 he met Michael Finnissy who became an important mentor. In 1998 he was awarded the Gaudeamus International Composition Prize. Since then he has developed a distinctive voice with a satirical accent: Bubblegum (2001) is made up of 17 sound-bites, while Work / Bonk (2006) is a sledge-hammer celebration of what we get up to a lot of the time. Joyrider (2000) steals and trashes the music of other composers, while a schizophrenic's reply to the question 'Why do you think people believe in God?' (2004) is set in an eponymous song. Within its 80-minute time-span Concept Album (2001-7) takes the idea of borrowed material further than ever in an attempt to sabotage our notions of ownership and copyright. There is in all the work a disconcerting combination of sophistication and naivety, together with an absence of professional gloss. In 2006 Geoff completed a PhD at Royal Holloway with film composer Brian Lock. Highlights of 2007 include a presentation of several works at the Austrian Cultural Forum in April and a tour of Work / Bonk by the Ives Ensemble (Netherlands) in the autumn.

'I'm interested by what goes on in the world. If my music is absurd, sublime, irritating or inspiring it's because the world is too. There are conflicting ideas, beliefs and values everywhere and I find this mess both attractive and challenging. It's attractive because there really is no right and wrong (at least in music!) and challenging because of the energy required to preserve a sense of self when previously cherished certainties are toppling like dominoes.'

'Geoff Hannan's music confirms my belief that the composers whose work I love and value (from any period) make work not to conform to the tedious labels people want to apply to it, but to enrich and stimulate the lives of those who listen to it'