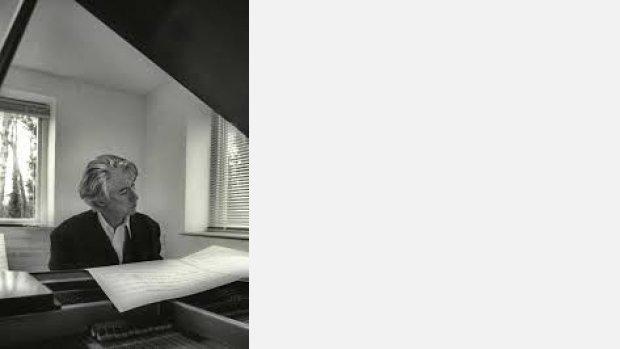 ‘A composer who has something worth saying and knows how to say it’ – that was The Guardian’s verdict on Geoffrey Burgon’s Requiem, premiered at the Three Choirs Festival in 1976. The Times went further, calling it ‘This year’s most important new work’. The date is significant. In the mid-1970s modernism was still the dominant ideology. And here was a composer who had no scruples about writing ‘accessible’ music – who only three years later would score a hit in the UK pop-charts with his Nunc dimittis theme music for BBC TV’s John Le Carre adaptation Tinker, Tailor, Soldier, Spy. But the force of Burgon’s vision and the skill with which he embodied it in music compelled classical audiences and critics to take it seriously, as it has continued to do ever since.

Born in 1941, Burgon came relatively late to music. As a teenager he taught himself the trumpet in order to play jazz, and it was as a trumpeter that he entered the Guildhall School of Music and Drama. Burgon already had a budding catalogue of compositions and at the Guildhall his urge to compose grew. Eventually Burgon asked his teacher, Peter Wishart, whether he could make it as a composer. Wishart’s reply was decisive: ‘Well, you don’t seem to be able to stop, do you?’ After studying privately with Lennox Berkeley, Burgon decided to give up performing and devote himself entirely to composition. The years that followed were financially lean, but musically rich. Settings of poetry by John Donne (Five Sonnets of John Donne, 1968) and St John of the Cross (Noche Oscura, 1974, Canciones del Alma, 1975) were the first expressions of what has remained a lifelong preoccupation with mystical subjects – Five Sonnets won Burgon the Prince Pierre of Monaco Award.

Then in 1976 came two breakthrough successes: the premieres of the Requiem (also including texts by St John of the Cross) and The Fall of Lucifer, based on a medieval Chester miracle play (both subsequently recorded). At the same time Burgon’s ability to engage directly with audiences resulted in growing numbers of commissions for TV and film scores, including BBC’s Dr Who and The Chronicles of Narnia, Granada’s Brideshead Revisited and the film Monty Python’s Life of Brian. The Brideshead Revisited soundtrack went Gold, selling over 100,000 copies, and the music won Burgon his second Ivor Novello Award in 1981(two years after his first for Tinker, Tailor, Soldier, Spy). More recently Burgon has won BAFTAs for Best Television Music for Granada’s The Forsyte Saga and Channel 4’s Longitude.

Despite commercial success, Burgon has maintained the flow of ‘serious’ works – to continuing critical acclaim. There have been major stage works, including an opera based on Dickens’s Hard Times (1991), and dance scores for the Royal Ballet (The Trial of Prometheus, 1988), London Contemporary Dance Theatre and Ballet Rambert. Later success have included a concerto for the percussionist Evelyn Glennie, City Adventures (1994), described by the BBC Music Magazine as ranging ‘from bright and brittle to sonorous and profound, [but with] no less of the more poetical and intimate aspects of the city’s myriad existence’.

This was followed by a piano concerto for Joanna MacGregor (1997), song cycles, Merciless Beauty for the counter-tenor James Bowman (1997) and Heavenly Things for the baritone Christopher Maltman (a BBC Radio 3 commission), Three Mysteries (2003) for soloists, choir and chamber orchestra, and Of flowers and emeralds sheen (2004), an anthem for St Paul’s Cathedral Choir and other new choral pieces in 2005 which have been premiered by Wells Cathedral Choir under the direction of Matthew Owens. Most recently he has written a Cello Concerto (2007) and a Viola Concerto (2008), the latter being premiered in the Queen Elizabeth Hall in April 2009. Both these works, plus the orchestral song cycle Merciless Beauty were released by Chandos in late 2009. 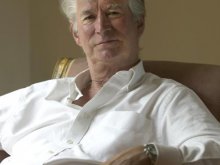