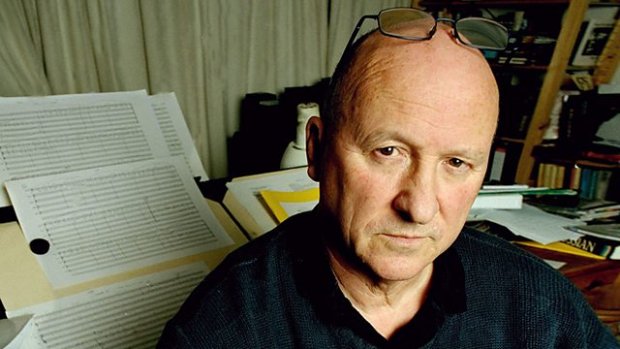 Gavin Bryars (1943-) is one of the most influential British composers working today.

Bryars first became known as a bassist in the early sixties with legendary improvisers Derek Bailey and Tony Oxley. He worked for a time in the United States with John Cage, and subsequently collaborated with composers Cornelius Cardew and John White.

In 1969, he released his first major composition, ‘Jesus’ Blood Never Failed Me Yet’ on Brian Eno’s Obscure label. Since then, he has written a significant number of chamber works, performed by leading ensembles and soloists including the Hilliard Ensemble, Charlie Haden, John Harle, Fretwork, Orlando Consort, BBC Symphony Orchestra, London Sinfonietta, and Julian Lloyd Webber. He has also composed numerous works for theatre and dance, including four full-length operas.

From 1969 to 1978 Bryars taught in the departments of Fine Art in Portsmouth and Leicester. His background in the visual arts has led to significant commissions for the opening of the Tate Gallery in Liverpool (1988); an installation in the Chateau d’Oiron, Poitiers (1993), a work for the Tate Gallery St Ives (1997), and a project for the Valencia Architecture Biennale (2002) with Will Alsop.

Bryars has collaborated on many occasions with Opera North Projects, including ‘Nothing like the Sun’, based on Shakespeare sonnets (2007), and ‘Mercy and Grand’ (2007-8), exploring the songs of Tom Waits and Kathleen Brennan. Most recently he wrote ‘Winestead’, inspired by the small church in East Yorkshire where the poet Andrew Marvell’s father was vicar.

Whilst teaching in Portsmouth, Bryars founded the Portsmouth Sinfonia, an ensemble drawing on players without musical training in the instruments played. The ensemble became a cult phenomenon with concerts, record albums, a film and a hit single. They last performed publicly in 1979.