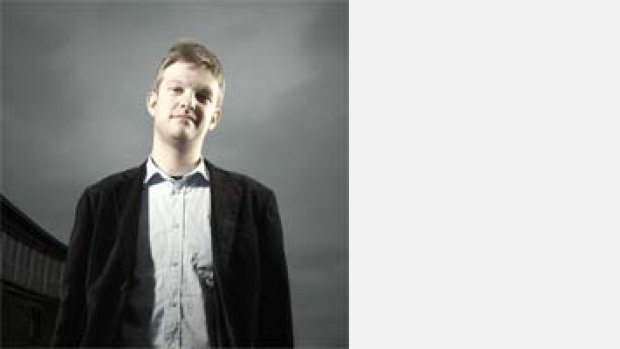 Garrett Sholdice (b.1983) is an Irish composer currently based in the U.K. In the past five years, Garrett has had his music performed by, amongst others, the National Chamber Choir of Ireland, the Concorde Ensemble, Trio Arbós, violinist Elizabeth Cooney, American pianist Matthew McCright, the Royal Irish Academy of Music Percussion Ensemble, and members of both the Crash Ensemble and the New York Miniaturist Ensemble. His music has been performed in New York, Dublin, York, at the Galway Arts Festival, the Sligo New Music Festival, the Printing House Festival of New Music and at the Spitalfields Festival in London. He has been awarded the National Chamber Choir's annual Gerard Victory Commission (2002) and the National Concert Hall's Composer's Choice Commission (2005). In September 2007 he was commissioned by Irish chamber choir New Dublin Voices, with funds from the Irish Arts Council. As an undergraduate in Trinity College, Dublin, Garrett studied composition with Donnacha Dennehy. A Professional Development and Training Award from the Irish Arts Council and a Rosalyn Lyons Masters Scholarship supported his MA in composition at the University of York during the academic year 2006/2007. He is currently pursuing a PhD in composition at the University of York with Prof. Nicola LeFanu. Garrett is a co-director of the Printing House Festival of New Music (www.printinghousefestival.org ). His website can be found at www.garrettsholdice.com .