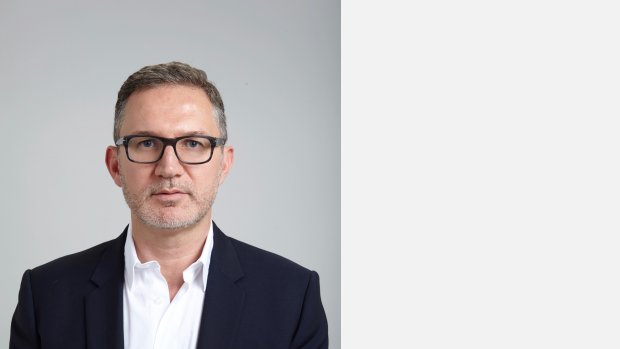 Gabriel Erkoreka was born in Bilbao, Spain in 1969. He studied with Carmelo Bernaola, graduating with honours in composition, piano and chamber music. In 1995 he entered the Royal Academy of Music to study composition with Michael Finnissy where he obtained the DipRAM and a Masters degree with distinction from the University of London, and was appointed Fellow of Composition 1997-98. He has also participated in masterclasses given by Ligeti, Ferneyhough, Birtwistle, Donatoni, Sciarrino and Luis de Pablo.

Erkoreka's work has been performed in the Venice Biennale 2004; the Musikverein in Vienna; the South Bank Centre, Spitalfields Festival, ICA and Wigmore Hall in London; the ISCM World Music Days in Manchester and Hong Kong; the Symphony Space in New York and Crown Hall in Chicago; the Toru Takemitsu Festival 1999 in Tokyo; Festival Aujourd’hui Musiques in Perpignan; the Huddersfield Contemporary Music Festival; Festival Internacional de Alicante; the Auditorio Nacional and Centro de Arte ‘Reina Sofía’ in Madrid; and in other cities including Paris, Amsterdam, Berlin and Sydney.

Composition prizes for Erkoreka's works include the Premio de Roma awarded by the Spanish Academy in Rome in 2001; Premio INAEM-Colegio de España in Paris; First Prize of the Premio SGAE in Madrid, several prizes at the Royal Academy of Music including the Josiah Parker Prize, and the Prize of the Basque Government (1999). He was selected by Radio Nacional de España to participate in the International Rostrum of Composers of the UNESCO in Paris, and for the International Gaudeamus Music Week.

Erkoreka's music has been recorded and broadcast by the BBC, WDR, RAI, RNE and other radio stations from various countries including Australia, Argentina and Holland; several of his works are available on CD, edited by Verso, FNAC, LIM records and the Fundación Autor. He has received commissions from various institutions including the Nieuw Ensemble (Amsterdam), the Biennale für Neue Musik-Hannover, the INAEM, Spanish Ministry of Culture, SGAE, Orquesta de la Comunidad de Madrid, Orquesta Sinfónica de Euskadi, Bilbao Symphony Orchestra, Festival ENSEMS-Valencia, the Quincena Musical and the RAM. He was appointed composer-in-residence of the JONDE (Young Spanish National Orchestra) for 2001-02.

In 2001, Gabriel Erkoreka was elected an Associate of the Royal Academy of Music (ARAM), where he also taught orchestration. He has been invited to give lectures at the Instituto Cervantes in London, Manchester and Chicago; the CDMC-Encuentros con los Jovenes Compositores in Madrid; the Festival de Música del Siglo XX (Bilbao), and at the Estoril Music Festival in Portugal. As a pianist, he has given solo and chamber music concerts in England and Spain. His orchestral debut was in April 1998, playing Ravel's Concerto in G with the Bilbao Symphony Orchestra. He is founder member of the Trio Bernaola and composer-in-association of the ensemble KANTAK. He currently lives in London and teaches composition at MUSIKENE-Basque Country Conservatoire.