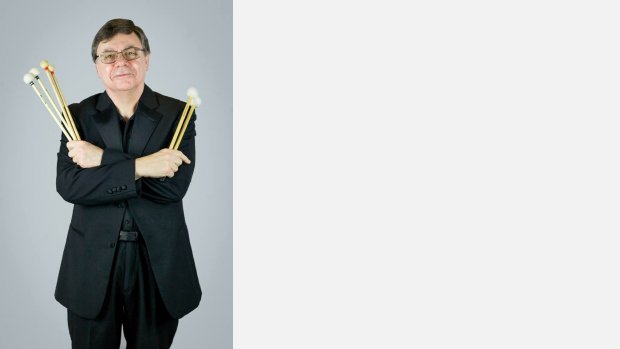 Frederick Paul Naftel was born in Manchester in 1956. He graduated from Manchester University in 1978 and received a Fellowship in Composition from Trinity College of Music,London in October 1980. After working for a music publishing/record retailing company,Frederick became a Music Instructor for Manchester Education Committee,working at Parrs Wood High School and teaching percussion at a number of Music Centres.

Frederick's interest in composing began when he was fourteen and developed at University,where he specialised in this area. Although largely self-taught,he considers himself to be an "eclectic" composer,able to write in many styles and formats,as befits the occasion.
In February 1983,The BBC Philharmonic Orchestra conducted by Sir Edward Downes gave the premiere of Concerto No.2 for Orchestra and in September 1989,Frederick won first prize in the "Fanfare for the New North" Competition - Northern Lights for Percussion Ensemble was performed by members of The Halle Orchestra conducted by Stanislaw Skrowaczewski.

Oh,Pandora! was a multi-arts project involving music, dance, drama and poetry and was conceived for and performed by pupils of St.Thomas More School in Buxton,Derbyshire. For this project,Frederick composed music on three levels - improvised, though structured music for large percussion ensemble, instrumental movements for a live ensemble and dances/songs using computerised sounds. The work was very successful, the pupils discovering their practical abilities through performing and listening to each other. They also composed ideas of their own which were integrated into the musical fabric.

While at Poynton High School, Frederick composed and arranged a wide variety of music for many solo performers and ensembles. He is very committed to providing music for educational purposes and combines this interest with writing music for professional groups as well. In 1998, he composed Anniversary Games for A Level pupils at Fallibroome High School, Macclesfield, who performed the work several times during 1999, including a concert performance at The Chester Festival.

In 1999,he was commissioned by Stockport Music Services to compose a Millennium Song-Cycle for primary school pupils and this resulted in Juvenilia:10 Songs for the Millennium.

Pascal's Victim was written for the North West based tuba quartet TUBALATE, who performed the music at the 1999 Vale of Glamorgan Festival, Standish Arts Festival and at The Royal Northern College of Music, Manchester in January 2000. His second work for Tubalaté, I Saw a Snake....,was premiered at The Hebden Bridge Arts Festival on 30 June 2000.Frederick's first work for brass band, Hullabaloo, has received much interest from the brass band world. Pascal's Victim has been recorded on the ensemble's own label, ASC-CD CS21 "Move".

Recent works include "Dithyramb" for marimba and piano(written at the suggestion of Evelyn Glennie) and in 2009, I completed the score for an experimental film titled "Sculpted", the music for which was commended by Nicholas Roeg. "Cinematic Suite" for Harp, 2 Violins and Cello was premiered in Edinburgh during September 2012 by Hannah Haynes and friends. I composed "Broken Consorts" for students from St Helen and St Katharine School, Abingdon and have several works in the pipeline, including a commission from the semi-professional Bolton Symphony Orchestra, as well as for a Percussion Duo,Wind Quintet and a choral work for Michelle Nova and La Nova Singers. "Aubade Pastorale" for string orchestra will be performed by The Jewish Community Orchestra of Portland, Oregon in April 2017, conducted by Donald Appert.

Song of Songs Rhapsody for Strings and Harp.pdf