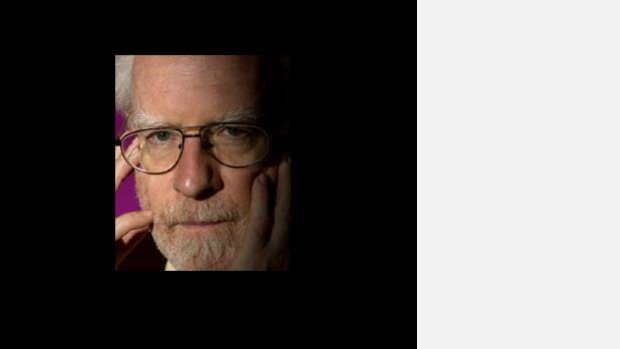 'I came late to art music; childhood soundscapes live on. The best work with imagination/intellect must be exorcistic-laudatory- excavatory. I am a passionate believer in "Irish" dream-landscape, two languages, polyphony of history, not ideology or programme. No Irish composer has yet dealt adequately with our past. The way forward – newest forms and technique (for me especially macro-counterpoint) – is the way back to deepest human experience.'

Frank Corcoran was born in Tipperary and studied in Dublin, Maynooth, Rome and Berlin (with Boris Blacher). He was the first Irish composer to have his ‘Symphony No. 1’ (1980) premiered in Vienna.

He was a music inspector for the Department of Education in Ireland from 1971 to 1979. He was awarded a composer fellowship by the Berlin Künstlerprogramm in 1980, a guest professorship in West Berlin in 1981, and was professor of music in Stuttgart in 1982. Since 1983 he has been professor of composition and theory in the Staatliche Hochschule für Musik und darstellende Kunst, Hamburg. During 1989-90 he was visiting professor and Fulbright Scholar at the University of Wisconsin-Milwaukee and he has been a guest lecturer at Princeton University, CalArts, Harvard University, Boston College, New York University and Indiana University.

Awards include Studio Akustische Kunst First Prize 1996 for his ‘Joycepeak Music’ (1995), Premier Prix at the 1999 Bourges International Electro-acoustic Music Competition for his composition ‘Sweeney’s Vision’ (1997) and the 2002 Swedish EMS Prize for ‘Quasi Una Missa’ (1999). He was also awarded the 1972 Feis Ceoil Prize, the 1973 Varming Prize and the 1975 Dublin Symphony Orchestra Prize. More recently he won the Sean Ó Riada Award at the Cork International Choral Festival 2012 for his ‘Two Unholy Haikus’. His ‘Eight Haikus’ for large choir won first prize outright in the 2013 International Federation For Choral Music. CDs of his music have been released on the Black Box, Marco Polo, Col-Legno, Wergo, Composers’ Art, IMEB-Unesco, Zeitklang and Caprice labels. Frank Corcoran is a founding member of Aosdána, Ireland’s state-sponsored academy of creative artists.

The Light Gleams: a portrait of Frank Corcoran