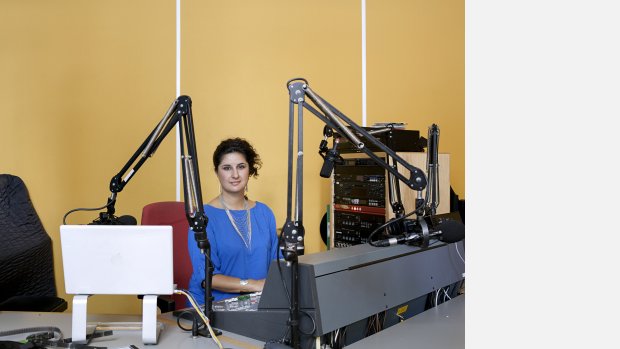 Fari Bradley is a London-based sound artist and composer who works with the artistic potential of radio. Born in Iran, Bradley has been working as a full time sound artist since 2012, and was made a Sound and Music Embedded resident artist in 2013. Bradley has been performing live improv on the London scene since 2005 beginning with the Resonance Radio Ochestra and Oscillatorial Binnage, and moving into solo performance informed by her background in both Western and Indian classical traditions and her experience of freeform Djing the world over.

As a 2013 Sound Artist in Residence with Sound and Music, Bradley worked at a cine-film studio for a one year residency at no.w.here, London. Her resultant work was an installation on treated coloured cine film, composed from on Iranian home movies from the 1970s and personal accounts of 70s design in UK and Iran.

A member of new electro-acoustic ensemble Oscillatorial Binnage, the group appear in The Wire music magazine's latest compilation release. Compositions by Bradley have been performed by the Resonance Radio Orchestra, 'EQ (Emotional Quotiant)' for Architecture Week London at the Jellyfish Theatre, and 'Imagined Divisions Become Real' for the V&A.

Sound sculptures by Bradley have featured in her solo shows in Dubai, UAE group shows in Sharjah, UAE in group shows at the Prince's Galleries and Raven Row, London. They are also in the collections of The Sharjah Art Foundation, The Maraya Centre, Sharjah, Tashkeel, Dubai as well as private owners. With collaborator Christopher John Weaver, Bradley has released a vinyl record with The Vinyl Factory recorded January 2015 inside an art gallery in Dubai, during a solo show of the same name "Systems for a Score". Several tracks from the album featured on BBC 3 national radio.

As an experimental DJ Bradley has performed at squats and museums and festivals including Bestival, Isle of White, The National Portrait Gallery, the V&A museum, the London Mela and the ICA (Institute of Contemporary Art), London as well as Exit Festival, Serbia, Share Conference, Croatia, Radio Beirut, Lebanon and various arts events in the United Arab Emirates. 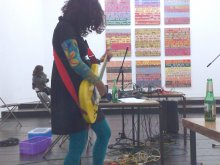