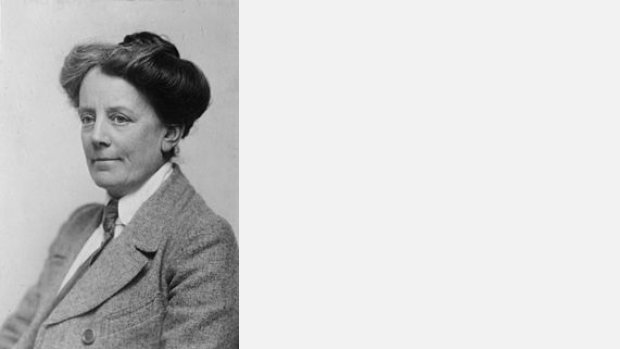 Ethel Smyth was a prolific writer of both music and words with a fascinating, political story.

Born on April 23, 1858 in England in Rectory (Middlesex), London, or Foots Gray (Kent), depending on the source, she lived an exciting and productive life as an independent woman who actively pursued her many talents.

A prolific composer, Ethel Smyth composed a wide variety of music including chamber music, chorals, instrumental music, and operas, as well as orchestral, piano, and vocal pieces. She conducted much of her own music and even broadcasted some of it. Ethel Smyth also wrote many books, plays, librettos (some in German), articles, and essays. She was the first woman to have a full opera performed at the Metropolitan Opera in New York in March 1903.

Ethel Smyth was an activist in the women's suffrage movement of the early 1900s, Smyth also composed the song used as the anthem for this suffrage movement, March of the Women. She developed deep friendships with many influential figures of her day including Virginia Woolf, Empress Eugenie, Emmeline and Sylvia Pankhurst, George Bernard Shaw, Sir Thomas Beecham, and Vita Sackville-West. Smyth even took time for sports, especially golf.