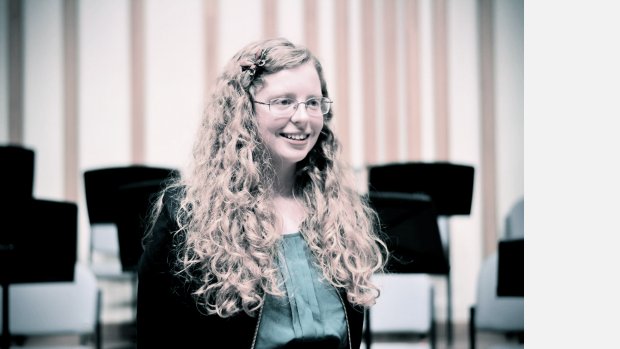 Emma Wilde is a Manchester-based composer who completed a PhD under the supervision of Professor Camden Reeves at the University of Manchester. Her compositional interests include taking inspiration from the structures from Greek tragedy alongside musical characterisation and stratification. Her works have also been inspired by techniques used in visual art and Latin American popular music.

Emma’s music has been included in concerts and festivals in Australia, USA, Mexico, Lithuania and Poland and the University of Manchester Symphony Orchestra premiered her first large-scale orchestral work in 2016. She has also worked with professional ensembles including the London Symphony Orchestra, Hebrides Ensemble and Psappha. She was awarded Premio Nuestra America 2017 (Mexico) for her string quartet Tijax and was named as one of the shortlisted composers for the Britten Sinfonia OPUS 2016 composition competition. Her work Aphrodite Anadyomene was selected as the winning score in the St Andrews New Music Ensemble/Scottish Chamber Orchestra Call for Scores 2017. She recently took part in Sound and Music's Next Wave 2 residency in association with Sage Gateshead and NMC recordings. Her work El Hilo del Tiempo features on the album Next Wave 2 and is available to download from NMC recordings now.She was selected to take part in the LSO Panufnik Composers Scheme 2017 and a 3 minute commission for the orchestra will be work shopped and premiered at LSO St Luke’s in 2018.