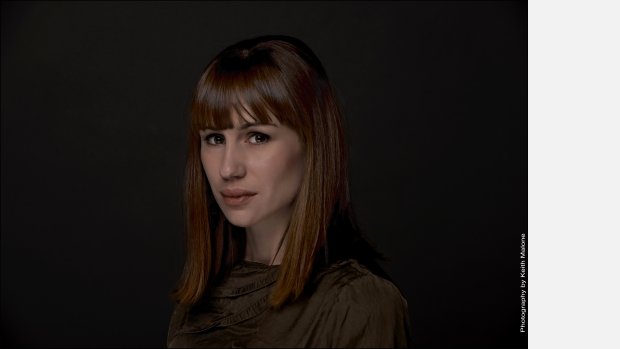 Emma-Ruth Richards is a composer much in demand in the UK and across the globe, acclaimed for her understanding of both instrumental and vocal writing, earning her a role as a favourite amongst performing musicians and singers. 2017 will see the premieres of new commissions from the London Sinfonietta, the MiN Ensemblet, Norway, and a new work for chamber orchestra for the Britten Sinfonia to be premiered at the Barbican Centre.

Also in 2017 will be a showcase of her new opera ‘Traffick’, written with the librettist Nic Chalmers.  ‘Traffick’ is commissioned and developed with the Nordland Teater, Norway and the Royal Opera House, London, and will be shown at the Mahogany Opera Group’s Various Stages Festival in February at the ICA and will be premiered in 2018/19.

Emma-Ruth was recently commissioned by the London Sinfonietta to write ‘An English House’, for ensemble and soprano Juliet Fraser, which was premiered at the London’s Southbank Centre in ‘Notes to the New Government’ as part of the ‘Changing Britain Festival’.  Her work ‘La Douleur Exquise’ was presented to much acclaim at the 2015 ‘Tactus Forum for Young Composers in Belgium. She has also recently completed a concerto for horn and ensemble and various chamber works.

Emma-Ruth studied at Cardiff University and then at the Royal Northern College of Music, and has since studied privately with composers such as Sir Peter Maxwell Davies, Alexander Goehr, HK Gruber, Judith Weir, and in seminars and workshops with Pierre Boulez and Oliver Knussen, and in the Cardiff BBC Studios with Michael Berkley and Jac Van Steen.  Emma-Ruth is a member of the LSO's SoundHub, has been the composer in residence with Milton Keynes City Orchestra and is a member of the Chetham’s International Summer School Faculty.  From 2016 Emma-Ruth starts a four-year residency and programming directorship with the MinEnsemblet in Narvic, Norway.