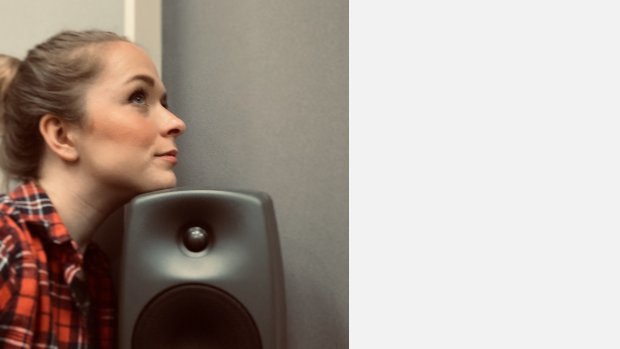 Emma Margetson (b.1993) is an award-winning acousmatic composer and sound artist based in the Midlands, UK. Her works have been performed nationally and internationally, and was recently awarded first prize in the prestigious L'Espace du Son International Spatialisation Competition by INFLUX (Musiques & Recherches).

Emma is currently in the final phase of studies for a PhD in Musical Composition from the University of Birmingham funded by the AHRC Midlands3Cities Doctoral Training Partnership. She has extensive experience in multichannel composition, sound diffusion and interpretation to create highly immersive 2D & 3D sound worlds. Her PhD research, titled, ‘Sonic Immersion: Reaching new audiences through sound’ is a portfolio of compositions that have all been created with the aim of reaching new audiences with acousmatic composition (stereo and multichannel formats) through performance, installations and workshops.

Emma was featured in 2019 in The British Music Collection’s #AComposeraDay series, which showcased the profiles of 31 composers and their unique contributions to composition in the UK. She was awarded the COMPASS Prize in 2014, klingt gut! Young Artist Award in 2018 and AHRC Midlands3Cities Cultural Engagement Award in 2018. Most recently in December 2019 Emma was awarded first prize in the prestigious L’espace du son international spatialisation competition by Influx (Musiques & Recherches).

She has been commissioned for a variety of sound installations, including at The Barber Institute of Fine Art, The Research and Cultural Collections (University of Birmingham), CrossCurrents Festival 2018 and Birmingham Dental Hospital.

Emma is currently a member of BEER  (Birmingham Electroacoustic Ensemble for Research) and has developed skills in live-coding and laptop ensemble performance. She has compositions released with music labels Urban Arts Belin, Sonos Localia and Obs.