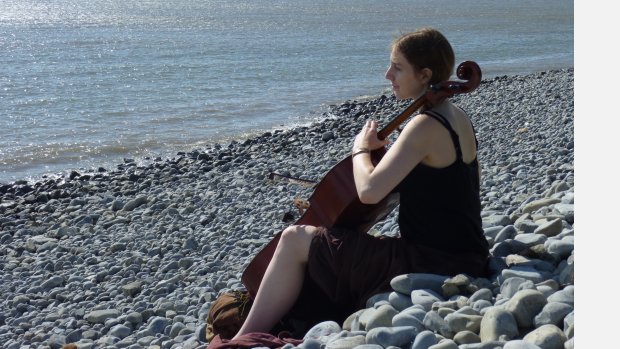 Born in Cornwall, Eloise Nancie Gynn completed her Masters in Composition with distinction in 2008 at Cardiff University School of Music, winning a scholarship for High Performance, the School’s Neville John String Prize and the A. B. Dally Prize for Composition. In Cardiff she studied under Anthony Powers, Judith Weir and Dr Arlene Sierra; and elsewhere with Oliver Knussen, Colin Matthews, Magnus Lindberg, James MacMillan, Alasdair Nicolson and Sally Beamish.

Having been selected as one of six composers on the LSO Discovery Panufnik Scheme in 2010, Eloise’s work Sakura was recorded and released on LSO Live, ‘The Panufnik Legacies’. Following this, she was awarded a commission for which she composed Anahata, premiered on the main stage by the LSO at the Barbican in 2013, conducted by Nicholas Collon.

More recently Eloise’s music has been performed by the Hebrides Ensemble, which premiered Echoes at the 2013 Bath International Music Festival. The same year the Dr. K Sextet showcased Genesis at Club Inegales, written for the first Cheltenham Music Festival Composer Academy.  Eloise’s compositions have also been played by the London Sinfonietta, Schubert Ensemble and the Britten-Pears Composers Ensemble, and at festivals such as Aldeburgh 2010 and the St. Magnus Festival 2011.

In her music, Eloise likes to create atmospheric sound worlds using colour and timbre where form emerges as melodies weave in and out of a textural backdrop. She is inspired by world music, poetry and the natural world, seeking the spaces between the place of potential, of light and essence. Her music has been described as “ethereal, glowering” (Terry Blain, BBC Music Magazine), “quite intoxicating” (Classical reviewer), and “ luxuriantly slow moving, soft edged and ruminative” (Ivan Hewitt, Telegraph). She is currently working on a viola concerto for Jenny Lewisohn, and a piece for the choir MusArc, through Sound and Music’s Portfolio Scheme.

Besides composing Eloise enjoys playing the cello, flute and singing in Cardiff-based band, Miss Maud’s Folly, who regularly perform around the UK and France. She also studies the shakuhachi and has attended several summer schools at SOAS and in France. Her teachers have been Kiku Day, Kaoru Kakizakai, and Adrian Freeman. She has written for the shakuhachi in two of her compositions, Dark River and Dancing A Dream. 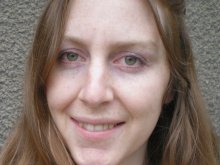