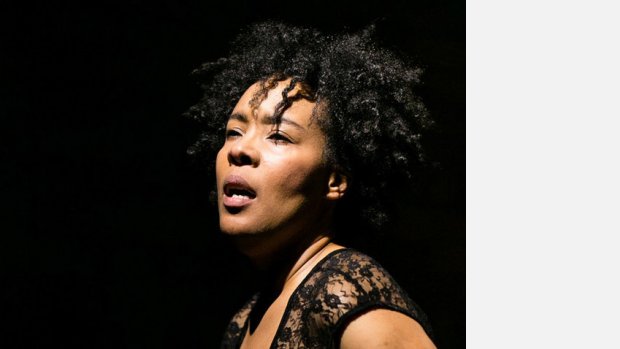 She is the co founder of the experimental jazz quartet the Hawkins/Mitchener Quartet and a regular vocalist with the ensemble Apartment House. Elaine has worked and performed in a variety of different contexts with an array of different collaborators, composers, musicians, directors and visual artists such as, Moor Mother, David Toop, The Otolith Group, London Sinfionetta, Tansy Davies and many many more.

Elaine was born in East London to Jamaican parents, and some of her work expresses her identity and experiences as a Black british person in the UK.

Her performance piece ''Sweet Tooth'' was described by her as ''a cross disciplinary piece which is a visceral projection of slavery as the cruelest manifestation of the British Empire as an exemplary capitalist money machine constructed from West Africans being abducted, bought sold and chained, then transported in filthy overcrowded holds of sailing ships across the ocean to work in sugar plantations in its colonies in the West Indies''

She also has a production company Elaine Mitchener Projects, researching, developing, producing, touring and staging a number of different projects.