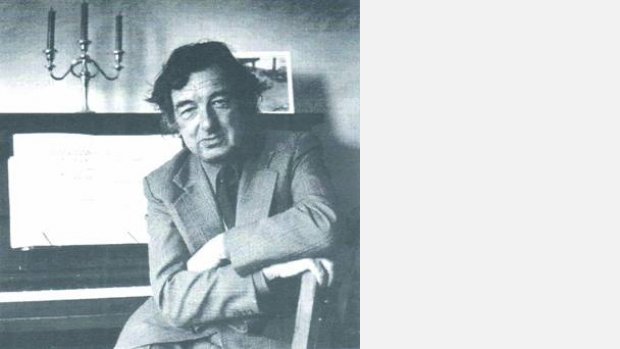 A native of Hakin, Milford Haven, Edmund ‘Wally’ Walters started his teaching career in Pembrokeshire before moving to Liverpool in the 1960s to take a teaching position at I M Marsh College where he held the post of Principal Lecturer and Head of Music for twenty years.

During his early years at Liverpool his expertise soon brought him to the attention of the late Sir Charles Groves and the Royal Liverpool Philharmonic Society, and very quickly he was appointed Chorus Master to that Society. One of his duties in this direction was to take over the conducting of the RLPS Carol Concerts, and here, being not content to present only tried and tested Christmas music, and now with a full symphony orchestra at his disposal, he began to write his own carols. The success of his music was instantaneous. The BBC began to broadcast his concerts regularly, and publishers and recording companies took a lively interest and many on his compositions have become recorded and performed throughout the world.

He turned his attention to the direction of male choirs and was the originator and conductor of the 1000 English Male Voice Festival at the Royal Albert Hall. He was also honoured by Liverpool University in the conferment of the Honorary Degree of Master of Arts.

Upon his retirement Wally was able to return to Pembrokeshire more regularly and was very soon combining forces with Shirley Williams in the development of a local chorus of singers. He became the first Musical Director of the Landsker Singers and held the position of President of the choir until his death in 2003.

His legacy to the choir is without measure. He generously provided the singers with a wonderful repertoire of his original music, also creating new arrangements and compositions specifically for the choir. His thorough and careful tuition was, and is, greatly appreciated and the evidence of his rigorous coaching lives on in each performance.

Image and biography from the Landsker Singers